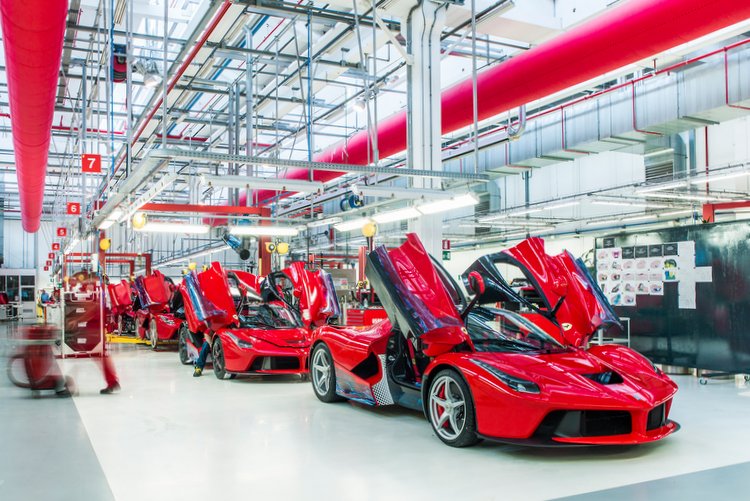 Luxury Italian sports carmaker Ferrari announced this week that profits soared 38 percent in its first year as a stand-alone company, thanks to higher volumes of the 488 mid-engine family that is key to the company’s growth plans.

“It’s been a good year,” CEO Sergio Marchionne told an analyst conference call. “We have been satisfied with the progress we have made” since spinning off the brand last January and going public.

Ferrari aims to make more cars this year and is forecasting 2017 shipments above 8,400 vehicles and revenues of 3.3 billion euros. Marchionne said the earnings guidance, which includes adjusted earnings before interest and tax of 950 million euros, “reflects a level of prudence. We need to be careful not to expose the house to unrealistic targets.”

Ferrari aims to expand production to 10,000 units going forward, but Marchionne resisted suggestions that the super sports car maker should add an SUV to its lineup.

“We keep getting phenomenal pressure from the outside about doing one,” Marchionne said. “I struggle to see a car that can be sold by Ferrari that does not have the driving dynamics of one of our passenger cars. We have to be sufficiently disciplined not to bastardize the brand.”

He said growth would come from vehicles developed from “existing investments and architectures, without effectively reinventing the wheel, and yet producing a car that is significantly different … to be able to attract a different clientele.”

He said the goal was to make the Ferrari customer base “not grow into a huge tribe, but a manageable tribe, to get to the 10,000 number without disrupting the DNA of the brand.”

The carmaker said fourth-quarter profits doubled to 112 million euros on a 12-percent increase in revenues to 836 million euros, despite a 4 percent fall in shipments to 1,940.

Customization of its cars, sales of engines to Maserati and engine rentals to three other Formula 1 teams in 2016 as well as sales of Ferrari brand merchandize contributed to the full year revenue gains.