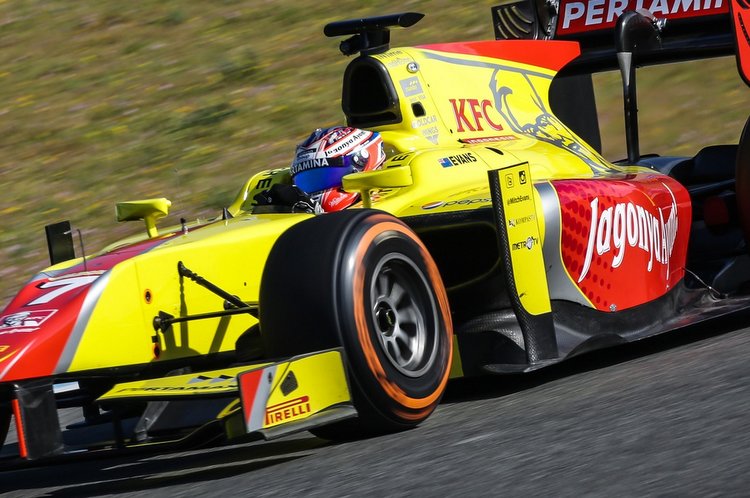 The demise of Manor grabbed headlines in recent weeks but now a report has emerged suggesting that there is still a glimmer of hope for the beleaguered Formula 1 team.

Turun Sanomat are reporting that an Indonesian group are considering a last minute bid to buy the bankrupt team and ensure it is on the F1 grid for the season opening Australian Grand Prix, in Melbourne on 26 March.

Ricardo Gelael, father of Indonesian GP2 driver Sean Gelael and boss of Jagonya Ayam who own the KFC franchise in Indonesia, is looking to buy the team.

However the report claims that the deal stumbled when a batch of Manor’s hidden debts surfaced but, despite this setback, the option remains for Gelael to buy the team now at a much reduced cost.

Jagonya Ayam and KFC branding featured prominently on the livery of Gelael junior’s GP2 Series car which was run by Pertamina Campos Racing in 2016.

The possibility of Gelael being joined by Haryanto to spearhead an all Indonesian driver line-up is said to be an option should Pertamina contribute to the financing of the rescue deal.

However a more experienced driver, than Haryanto, may also be in the frame to serve as a mentor for rookie Gelael, if his father has to fork the entire bill.

Campos Racing, owned by Adrian Campos, were involved in the birth of the now defunct Hispania Racing Team (HRT) which had a troubled and brief existence.

The team which made it’s debut at the 2010 Bahrain Grand Prix, was plagued by financial difficulties throughout it’s lifespan, eventually folded after the 2012 Brazilian Grand Prix.