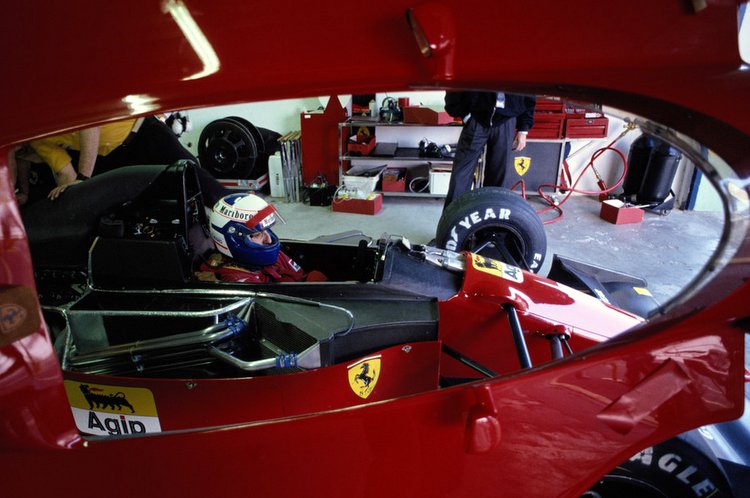 Alain Prost knows a thing or two about working at Ferrari when times are good and also when times are bad, and he suggests that the legendary Italian team need stability and composure to succeed again in Formula 1.

In the aftermath of the Maranello revolution at the end of 2014, which resulted in Sergio Marchionne taking over as president, Maurizio Arrivabene thrust into the role of team principal and Sebastian Vettel slotting into the garage alongside Kimi Raikkonen, results have hardly been stellar.

Granted in 2015 Vettel delivered three victories and 12 podiums, but in 2016 the team went without a win and fell to third in the F1 world championship pecking order when the scores were tallied up at the end of the season.

In the light of this, Prost told Repubblica, “I spent two years in Italy [with Ferrari]. One year was beautiful, the other terrible. This is due to the specific character of the Italians.”

“I say that in order to win a series as competitive as the Formula 1 World Championship, you have to work in a more linear and stable manner, with less mood swings. And every word should be chosen wisely,” ventured Prost who was a Ferrari driver in 1990 and 1991.

“One thing is clear: if the title is promised at the beginning of a season, then later when things go badly it becomes very difficult to keep the calm,” added the four times F1 World Champion in clear condemnation of Marchionne whose 2016 preseason expectations which put the entire team under huge pressure before a wheel had turned in anger.

Invariably the Reds wobbled during the course of last season, not helped by reports of internal strife and instability coupled to Marchionne’s lack of understanding of the sport. Although it is fair to say he has been a fast learner, appearing far more contrite and modest in his expectations ahead of 2017, so far.

Prost added, “It is not easy to achieve a real stability at Ferrari. You can see that nervousness prevails there, and this is not a racing team that knows how to deal with it.”

“This is a team that needs composure to come to the fore and play a leading role again as it did at the time of Todt, Brawn and Schumacher. This is the only way to do it,” predicted Prost.