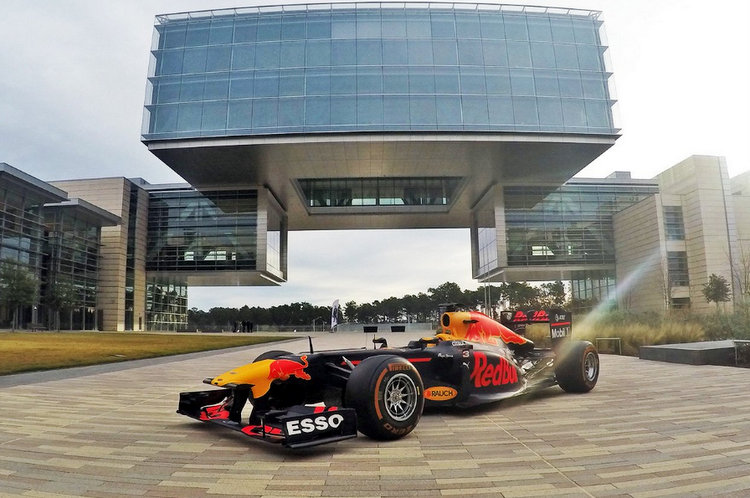 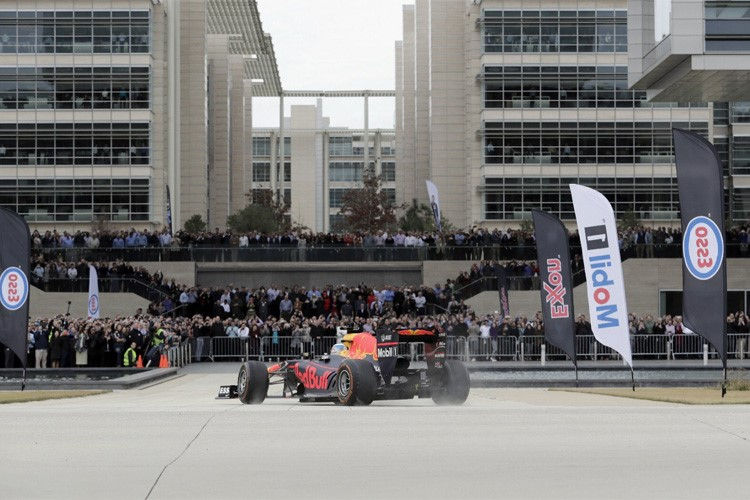 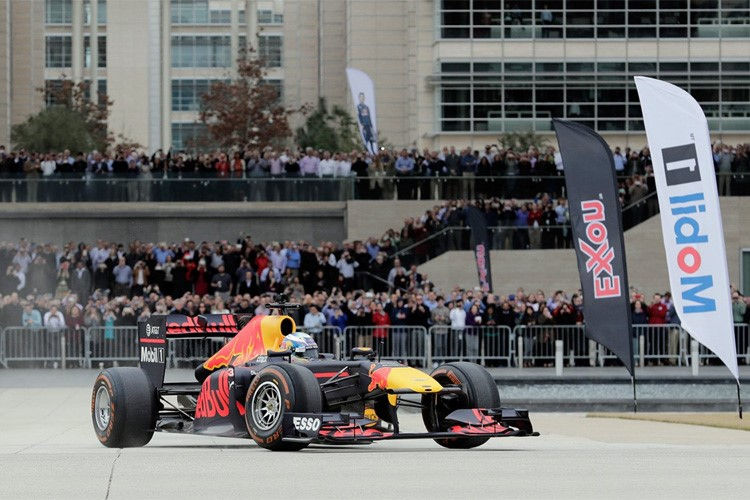 Red Bull Racing and ExxonMobil have kick-started their association with a promotional event in the USA, featuring Daniel Ricciardo at the wheel of the team’s RB7 showcar, in front of 10,000 staff at the petroleum giant’s Houston Campus.

The car featured Esso emblazoned boldly on the front wing end-plates of the showcar.

Esso is a trade name for ExxonMobil and its related companies. The name Esso is derived from the abbreviation of the original Standard Oil – thus SO or phonetically Esso.

Interestingly on the same day of the Houston event, Renault announced that they had terminated their long alliance with Total in favour with a new deal with BP-Castrol.