McLaren give another hint of their return to orange 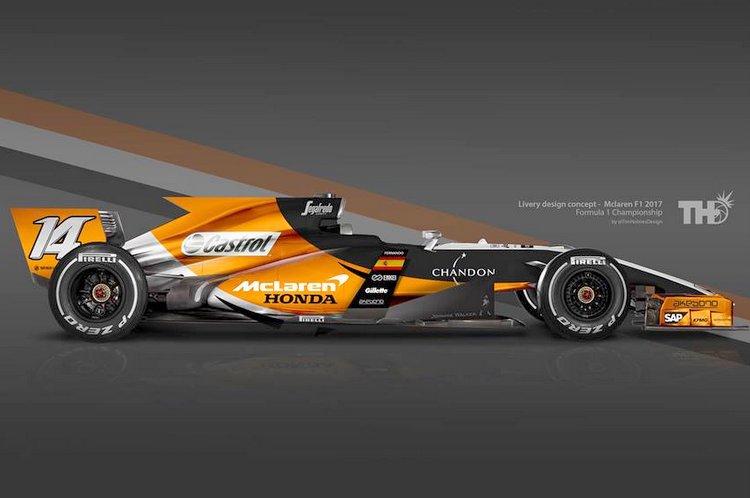 Since we ran the speculative piece about McLaren possibly reverting to their original orange colour scheme here>>> many have followed up on the story, while the Woking outfit continue to tease fans on social media.

Most recently they posted the graphic below on Facebook:

The post clearly suggests that orange will be part of the 2017 livery in some form or other.

An obvious McLaren fan Tim Holmes, of Tim Holmes Designs, went as far as penning a striking rendition (pictured above) of what the new McLaren will look like should orange make a return to the team’s livery.

McLaren were painted orange for the Can-Am series after team manager Teddy Mayer was impressed by a rival’s orange car, which he witnessed racing in 1967.

For the 1968 season the team’s Can-Am and Formula 1 cars were spray painted bright orange which became their signature livery and made the team visually unique, in the manner that Ferrari used red to distinguish their race cars.

The orange livery remained on works McLaren F1 cars until 1971 when perfume and toiletries company Yardley became the title sponsors upon which the cars were painted white.

The return to orange prospect has fired up enthusiastic debate among McLaren fans who appear to favour the idea of the team adopting their ancestral colours for 2017.

All will be revealed when McLaren drivers Fernando Alonso and Stoffel Vandoorne unveil the team’s 2017 challenger during an event at the McLaren Technology Center on 24 February.

This is what McLaren fans are saying: