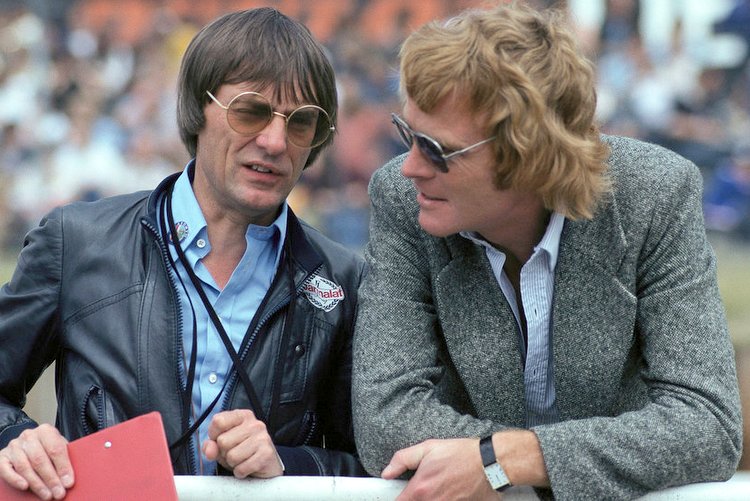 Bernie Ecclestone used to joke that retirement would come on the day of his funeral but in the end it was an American businessman in a suit who quietly ushered Formula One’s 86-year-old ringmaster towards the exit.

Formula One’s new U.S.-based owner Liberty Media on Monday completed its takeover of the sport’s commercial rights and with it ended one of the longest, most colourful and controversial reigns in global sport.

Chase Carey, the man with the twirly moustache who had been appointed chairman in September, took the Briton’s place as chief executive overseeing a new management team that includes former team principal Ross Brawn.

On a landmark day for fans and teams alike, some of whom had come almost to believe that Ecclestone might defy the very laws of nature and hang on forever after 40 years in charge, the news still came as a shock.

Ecclestone was handed the title of ‘Chairman Emeritus’, a newly-created position that recognised the Briton’s historic contribution while removing him from the day-to-day running of the sport.

“The sport is what it is today because of him… and he will always be part of the F1 family,” said Carey in a statement.

For decades, Ecclestone has called the shots and made the deals that transformed a once deadly and disjointed sport into a $1 billion enterprise with races from Azerbaijan to Australia, Brazil to Bahrain.

He has been a controlling presence, a billionaire who enriched himself and the teams while missing no opportunity to drive a wedge between them when it suited his commercial interests.

“He was the circus master. He was in charge and sometimes you need a sport to be run like that,” former racer Martin Brundle told Sky Sports television. “It was his way or the highway.

“He might not be very tall but he was certainly feared in the paddock… and we all did extremely well hanging on to his shirt-tails.”

If some breathed a sigh of relief that a long-awaited shake-up could now bring the sport into the digital age, there was also gratitude.

“Formula One wouldn’t be the international sporting power-house that it is today without the truly enormous contribution made over the past half-century by Bernie Ecclestone,” commented McLaren executive director Zak Brown.

“Indeed, I can’t think of a single other person who has had anything like as much influence on building a global sport as he has,” he added, hailing Ecclestone as a “visionary entrepreneur”.

“Bernie will be a very hard act to follow, but he’s created a fantastic springboard from which Chase Carey and his Liberty Media colleagues will be able to take Formula One forward and make it even bigger and even better.”

Ecclestone has been immersed in motor racing since the 1950s when he entered a few grands prix as a driver but failed to make the grade.

He was much more successful off the track, gaining control of the commercial rights to the sport from the 1970s onwards and profiting from a growing TV market and expansion into emerging regions.

More famous than many of the drivers who have come and gone over the years, he has become known to millions of fans as Bernie or Mr E.

If the end of his reign was often foretold, time and again he confounded his critics — a classic example being the bribery trial in Germany that ended in 2014 after he agreed to pay $100 million as a settlement.

His mobile phone ringtone hinted also at his sense of humour, resonating to the tune of ‘The Good, the Bad and the Ugly’ — a classic 1960s Italian Spaghetti Western that was just right for Formula One’s stone-faced “Little Big Man” and his endless quest for a few dollars more.

The money rolled in, multiplied by amazing deals that saw him sell Formula One several times over while retaining a tight grip on the top job.

By his own admission he was reluctant to delegate, preferring to act as a dictator — a man who did a deal on a handshake and had an aversion to emails.

An avowed admirer of Russian president Vladimir Putin and U.S. president Donald Trump, Ecclestone was clear about where he stood.

“I don’t think democracy is the way to run anything,” he once said. “Whether it’s a company or anything, you need someone who is going to turn the lights on and off.”