Inside Line: Time for Bottas to shine but he has nowhere to hide 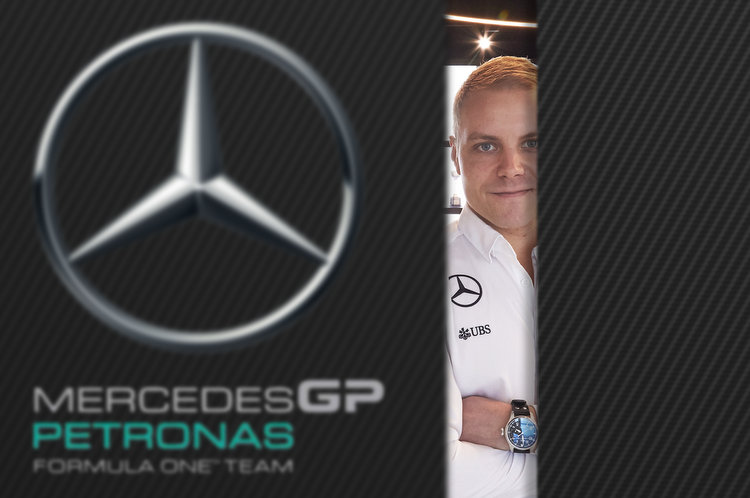 Valtteri Bottas has landed himself the most coveted seat in Formula 1 – the one vacated by reigning world champion Nico Rosberg – which gives him the ideal opportunity to shine on motorsport’s biggest stage.

But from now on the spotlight on his every move will be more intense than he has ever experienced – he will either wilt under its glare or seize the moment to become a world champion in the future.

How Bottas will do in a top team with a race winning car at his disposal will be intriguing to find out. His four years with Williams were solid, but not stellar, and there are quite a few that question how good he really is.

He did get the better of Felipe Massa during their three years together at Grove, but some will point to Massa being at the end of his career or claiming that the Brazilian is not the driver he was between 2006 and 2008. Both valid arguments.

There is no real measure of Bottas. How good is he really? How will he handle the pressure? Did he deserve the Mercedes drive? Can he fill Nico Rosberg’s shoes? Can he match Lewis Hamilton? These are the questions begging to be answered.

And it won’t take long for all of us to find out because Bottas does not have much time to prove himself. He has four seasons in Formula 1 so the step up to a top drive does not require a year or two to get acquainted. It’s a case of: you’re in the deep end now swim fast and win races.

Mercedes bosses Niki Lauda and Toto Wolff are singing from the same hymn sheet in their praise for Bottas. Of course right now, for them, he is the right man for the job, but that’s the politically correct soundbites that one would expect from the chieftains.

Truth is Bottas was not their first choice. Sebastian Vettel and Fernando Alonso (among others) were higher up on the list of preferred candidates, but Mercedes did not want to mess with contracts.

While their reason for why they delayed the promotion of Pascal Wehrlein is decidedly blurry, although Wolff did let slip (on purpose or not) that “Pascal and Lewis are an explosive mixture” and with it suggesting that the Ice cool Finn versus the fiery Briton will be easier to manage.

A decision which Red Bull’s Helmut Marko mocked recently, “No risk, no fun!”

Thus Bottas became the hassle-free, go to guy for Mercedes and extracting him from Williams was a simple case of throwing money at the problem.

Of late the Grove outfit has been something of the Mercedes B-team and by tossing a bag of cash at them Wolff managed to secure Bottas’ services. It came at a price but, compared to what Rosberg was costing them each year, the whole deal (with Felipe Massa thrown in) was a grand bargain.

Crucially it’s only a one year deal that Mercedes have given Bottas at this point. The message is quite clear: “Okay Valtteri we have given you the toys, now go show us what you can do…”

The pressure is on already, and will get dialed up even more on the day he steps into the Silver Arrows, starting with the first test in Barcelona and then it will ramp up massively for the first grand prix of the season in Melbourne.

After all young Max Verstappen won the first race in which he drove for Red Bull after being promoted from Toro Rosso. The benchmark was set then.

And of course there will be the glare of media like Bottas has never experienced before, dissecting his every move and word, plus the constant comparison to his teammate Hamilton.

At the same time the triple F1 world champ won’t be hanging about and will be looking to assert himself as team leader early in the season, when Bottas will be most vulnerable as the newbie. Expect this to start from day one at Albert Park.

Last but not least is the clear mandate from Wolff, “If Valtteri fights for the 2017 F1 world championship or if he becomes world champion, then he will stay with Mercedes.”

Now that’s a great deal of pressure on Bottas. As Rosberg summed up, “It’s not going to be easy for sure, so it’s going to be interesting to follow.”

And the whole world will be following too and there is nowhere for him to hide.