Rosberg: More to life than driving around in circles 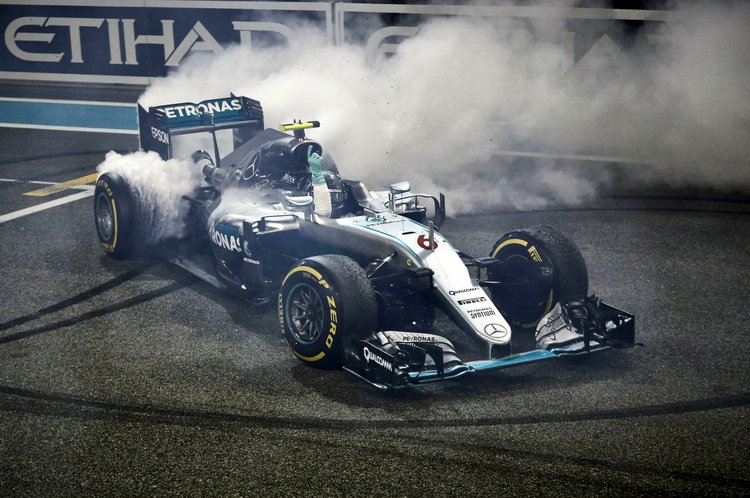 Formula 1 world champion Nico Rosberg said on Friday he was enjoying the freedom of retirement and could turn his focus to renewable energy now that he has left the racetrack.

Interviewed at the World Economic Forum in Davos, Switzerland, the former Mercedes grand prix driver told his audience that “life has more to offer than driving around in circles.

“I want to go for new challenges… now all of a sudden it’s freedom,” he added, saying he had not been able to go skiing for 11 years due to contract clauses.

“I am exploring,” the German said when asked what the future held. “Renewable energy is something that could be quite interesting. There’s so many possibilities, electrical cars as well.”

Rosberg, who has a one-year-old daughter, hoped also to use his fame to give something back.

“I’m going to go visit children who are quite ill, and especially children of an age who will be really happy to see me,” he said.

The champion, who beat British team mate Lewis Hamilton to the title last year, gave more insight into that battle and how he had prepared for the biggest season of his career.

Rosberg, who spent much of the year telling media he was taking it one race at a time, said he had simplified his private life to shut out any distractions over the race weekend.

He turned to a mental trainer, and used meditation to increase concentration and be more aware of his emotions, while the team employed a “jet-lag doctor” to manage sleep patterns in a season of 21 races.

“It (meditation) is a big word and often misinterpreted,” said Rosberg. “The way I did it was more a concentration practice and learning to control your mind a little bit, which you really do with spending a bit of time on it.

“And also learning to be more aware of your emotions and thoughts. Because if you are aware of them, you can slow them down and move your mind into other things and more positive thoughts. That really was one of the ingredients to me being even stronger… it really was beneficial,” he said.

Rosberg said he did not know how Hamilton, a triple world champion who lives life to the full with frequent trips to the Americas in-between races and is this year’s title favourite, did it.