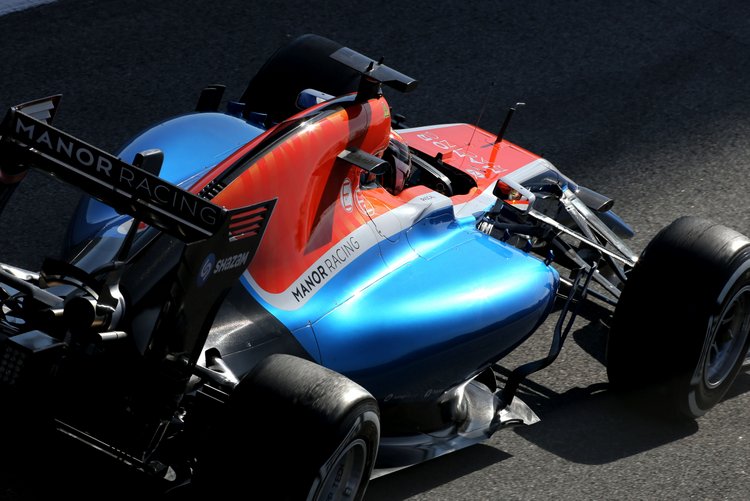 Well would you look at the time: it’s “bail out Manor” o’clock. Again.

If the story of F1 in the 2010’s has been the dominance of two teams at the front end of the field, an underrated subplot has been its complete inability to sustain the teams at the back.

Nothing exemplifies that better than Manor’s current predicament, which is just further proof that the sport is in desperate need of change.

Kicking off 2017 by entering administration for the second time in a little over two years, the Banbury outfit once again find themselves seeking last-minute intervention if they are to be on the grid in Melbourne. Collapsing mid-season in 2014, the team was rescued by OVO Energy founder Stephen Fitzpatrick the following January, but after failing to secure additional funding in recent months, the Northern Irishman seems resigned to pull the plug in lieu of any further investment. If the team is unable to find a buyer by the end of the month, it will have no choice but to begin laying-off staff.

Given Manor has only scored three championship points in its seven years of existence, F1 fans might see their possible death as little more than a mercy, the latest in a long line of teams taken out to pasture, but unfortunately it’s not quite that simple.

A Manor exit would wouldn’t solve the root problems with the sport’s financial structure, while its impact on other backmarkers would be at best non-existent and at worst counterintuitive.

Whether Manor survives or not, the facts remain: only ten teams get prizemoney, team contracts are negotiated individually (which is how Ferrari gets paid just to show up), and the commercial rights holder takes a significant portion of the profits off the top. In having a third party as commercial rights holder (i.e. the Formula One Group, soon to be under the auspices of Liberty Media), F1 is unique among the world’s major sports as the only “league” where the teams have no actual ownership stake, meaning Chase Carey’s bottom-line has very little to do with Fitzpatrick’s at Manor.

That said, it’s not an easy problem to fix – unless a conglomeration of teams were to band together and purchase their own product back for more than the $4.4 billion Liberty paid for it – but it bears the occasional reminder, especially when we’re on the brink of losing another team. If there’s any fix that should happen anytime soon, it’s the cessation of Ferrari’s “long-standing team” bonus, which as estimated at anywhere between $70-90 million alone. It just seems absurd that such a payment can be allowed to continue when already in the 2010’s we’ve seen the death of two teams (HRT and Caterham) and the near or actual bankruptcy of three others (Sauber, pre-Renault Lotus and Manor).

Of course, you could argue the largely successful introduction of Haas in 2016 shows that it’s still possible to find new teams and investment to replace the failures, but that assumes a one-for-one trade with Manor that might soon become more imbalanced. Cash flow can become a problem for any non-manufacturer-backed team, as evidenced by a 2015 season that saw Lotus locked-out of its own hospitality building, Force India failing to make payments on time, and Monisha Kaltenborn’s infamous contract juggling.

Being outside the top-ten, Manor’s absence wouldn’t help, but what it would do is move other minnows even closer to last in the standings, and that’s undoubtedly problematic for teams who need every last sponsorship dollar they can get. Especially in Sauber’s case – where the team’s 2017 campaign will see them use year-old Ferrari engines and almost a certainty to come tenth again, how can we reasonably expect them to secure more investment?

Also in a wider context, having cash-strapped teams and a condensed grid is problematic for a sport that continually has trouble finding spots for deserving drivers.
In this decade we’ve seen the loss of Sebastien Buemi, Jean-Eric Vergne, Kamui Kobayashi and Alex Rossi before their time, McLaren’s Stoffel Vandoorne relegated to the sidelines (eventually pushing out a reluctant Jenson Button), and another exciting young talent in Pierre Gasly who will be forced to wait his turn.

In their place, pay drivers are now more essential than ever to smaller teams, and it’s telling that drivers like Rio Haryanto and Marcus Ericsson have more F1 experience than someone with the pedigree of Vandoorne does.

It seems only yesterday the FIA and FOM were brimming with optimism after the introduction of three new teams to compete in the 2010 season. Lotus, HRT and Virgin were a sign that despite the ongoing global financial crisis, the sport could still hope to field a full grid of 24 cars for the foreseeable future, yet that was seven years ago, and now we have just one of those teams left… and it is on the brink of extinction.

Manor’s plight is as dire as ever, and remains an afterthought for the big teams and a commercial rights holder that answers primarily to its shareholders. If they do go under, other small teams will be under the pump, while finding spots for drivers actually worthy of the sport becomes even more difficult.

At this point, it seems only a united front of teams could affect any real change, but there’s a better chance of Pastor Maldonado winning the driver’s championship than that happening. Maybe things have to get worse before they get better, and in that respect, they’re well on track.