Ecclestone: Let’s see which way they would like to go 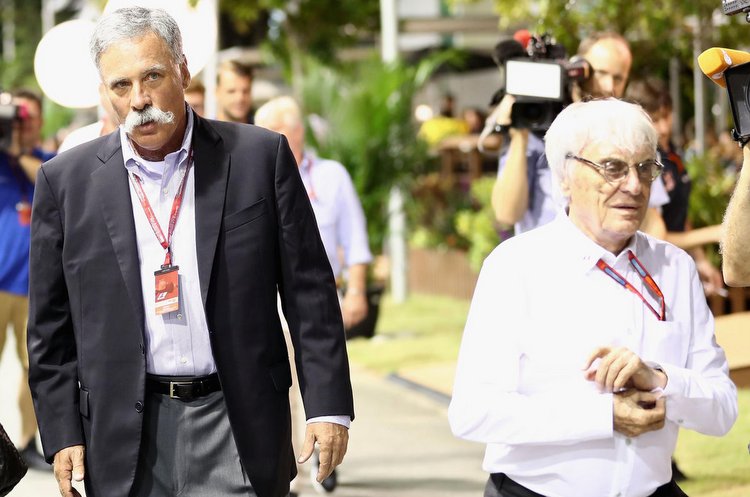 Bernie Ecclestone has cast doubt over his long-standing Formula One reign after the sport’s governing body approved the sale of its commercial rights to Liberty Media.

Chief executive Ecclestone, who turns 87 in October, has ruled Formula One for 40 years.

But American company Liberty may now choose to put their own team in place after clearing the final hurdle of their purchase, valued at more than £6bn, with a unanimous vote of approval from the FIA.

And Ecclestone, who expects the takeover to be completed “within three or four weeks”, has conceded he is uncertain how his role may be affected.

“We will have to see how we set the company up,” Ecclestone told Press Association Sport when asked if he will continue as CEO. “It is not a case of my terms, it is a case of let’s have a look and see which way they would like to go.”

“It is something that would have happened anyway. We need to put something together if I am not here because I have become deceased or something and it is about time we did that.”

“We were in the middle [of that] and when we knew these people were probably going to buy we backed off and thought: let’s wait because they own the company and it is up to them to decide who or what they want.”

When Liberty bought an 18.7 per cent stake from CVC in September, Ecclestone said the prospective new owners wanted him to stay on as chief executive for three years.

“That is what they asked for,” Ecclestone added. “In fact we are going to try to put together people that can look after all the things I have been trying to find people to do, which is the sponsorship and things like that. As I said, let’s see how we are going to operate.”

Liberty, run by 75-year-old American John Malone – given the nickname Darth Vadar for his hard-line approach – are keen to expand Formula One in the United States, improve the sport’s reach on social media, while safeguarding the future of its traditional venues.

On Wednesday, a meeting of the World Motor Sport Council, which includes FIA president Jean Todt and Ecclestone, agreed to Liberty’s purchase of Formula One, 24 hours after the company’s shareholders gave the green light to press on with the deal.

“They [the FIA] didn’t have any choice,” Ecclestone added. “They had no way they could not approve, unless the people that were going to come in were bandits.”

Asked if he expected Liberty to be the sport’s new owners in time for the start of the season in Melbourne on March 26, Ecclestone added: “Yes. Absolutely. One hundred per cent.”