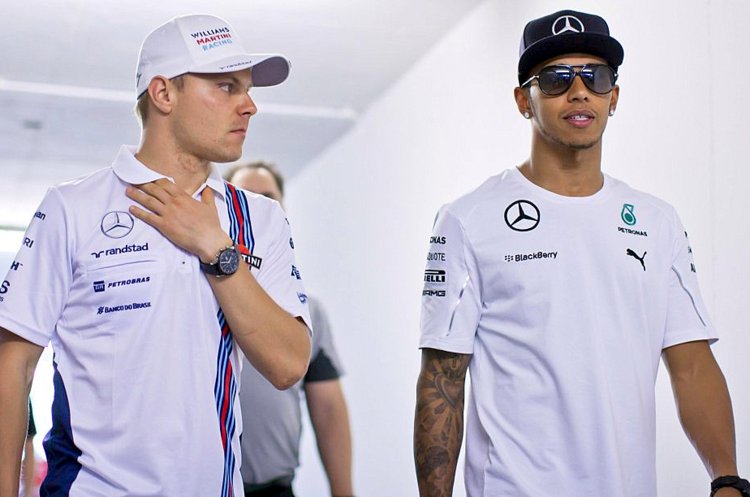 Triple Formula One world champion Lewis Hamilton supported Mercedes’ decision to hire Valtteri Bottas early on and the team can hope for fewer fireworks between their drivers this season, boss Toto Wolff said on Wednesday.

Bottas has joined from Williams to take the place of Germany’s Nico Rosberg, who retired in December days after winning his first title. The Finn’s arrival was announced on Monday.

“We had a chat with Lewis before Christmas… and he said he thought Valtteri was a nice guy, one of the guys he actually got along with well in Formula One and that he felt he was a good option,” said team boss Wolff.

Speaking to Finnish commentator Oskari Saari in a Formulacast podcast, the Austrian said the driver dynamic had clearly changed with Hamilton, 32, and Bottas, 27, very different characters.

“I think that works well,” he added. “It was OK already between Nico and Lewis but there was the luggage of the past…(now) it is a completely new relationship and there is no animosity from the past.

“There will be moments where it is going to be difficult but I think that how the personalities are for the team it’s going to be a good situation and one that is maybe a bit easier to handle than the past. But I could be wrong.”

Hamilton and Rosberg had been teammates in karting and then rivals in Formula One, with their once friendly relationship turning frosty and creating tension within the team.

Mercedes have not divulged the details of Bottas’s contract, although media reports have indicated it is for one year with options.

Wolff made clear, however, that while the team saw long-term potential in the Finn, they needed to keep their options open with champions like Ferrari’s Sebastian Vettel and McLaren’s Fernando Alonso coming to the end of their contracts.

“We wouldn’t have chosen Valtteri if we thought that he was not good enough to continue with the team,” said Wolff, who was involved in Bottas’s management but will no longer be.

“But as a matter of fact, the market is very dynamic at the moment. Next year options open – young drivers, Sebastian, Fernando, Valtteri, many of them. So it is about understanding that – and Valtteri does.

“Equally we have great faith and confidence in him that he can stay with us for a long time but now we need to see how the season goes.”