Newey: Cars will more physical but what about overtaking? 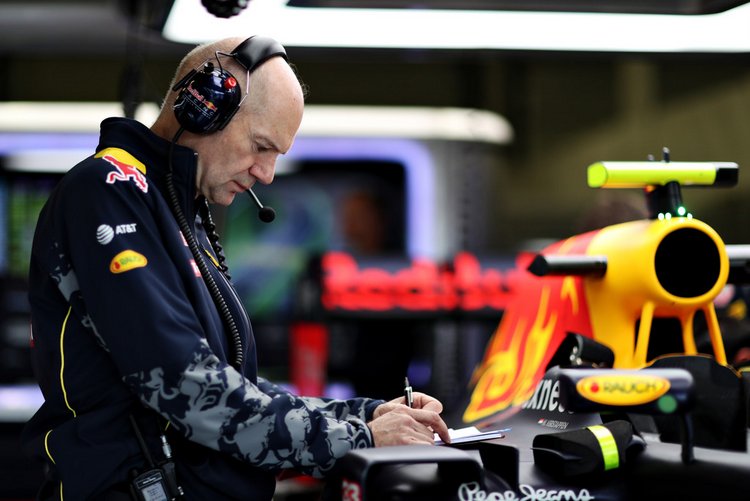 Red Bull technical guru Adrian Newey expects 2017 Formula 1 cars to be more challenging to drive, but at the same time is concerned that overtaking may be compromised.

Newey said at the Autosport show, “Cars will be more physical to drive, I think it’s a good thing, principally the neck muscles, drivers are all doing a lot of training over the winter to have bigger necks.”

“But what that does to overtaking is a little bit of a concern, it means the braking distances will be very short. Yes, of course you can sort it out with DRS, but to me DRS is a solution of getting cars to overtake each other, but a DRS overtake is not a memorable event.”

“Overtakes that we remember are the really ballsy ones, Mark Webber taking Fernando [Alonso] into Eau Rouge [at Spa-Francorchamps in 2011]. It was a very brave and well executed move, but straight away it was reversed on the following straight by Fernando then having the DRS.”

The new regulations – featuring fatter tyres and sleeker cars – are expected to make cars anything from four seconds to six seconds quicker than their predecessors, depending on the track.

Newey observed, “I think [it’s a] mixed bag in some ways, mixed feelings, the extra downforce is a big chunk. That means that quick corners such as Copse at Silverstone will now be flat, even in the race, so fast corners are now, some of them, simply bends on the straight rather than fast corners.”

“Should cars have lots of downforce, possibly at the detriment of racing or should we take all the wings off and go back to where they used to be. If you take too much downforce off, they will look slow.”

“If you watch a touring car going around on its own it’s not very exciting to watch. So the cars need to be quick because television has the effect of slowing everything down,” added Newey who is known to have had a big role in the concept and design of the Red Bull RB13.