Brown: Vettel is out of contract next year 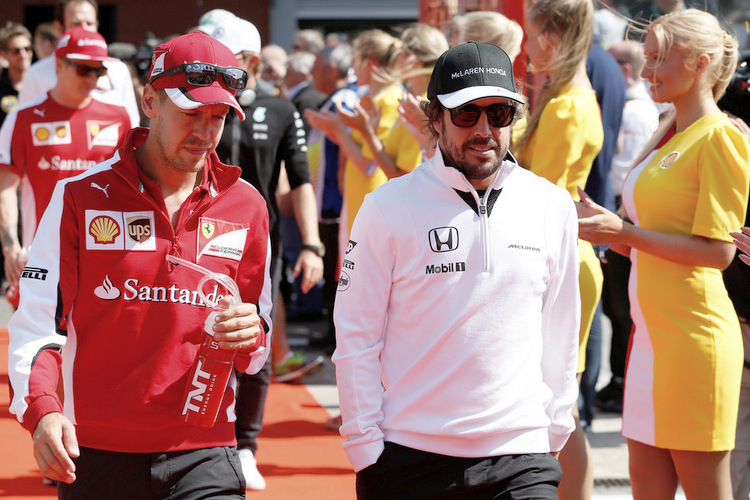 McLaren chief Zak Brown is happy to wait and see how the 2017 pans out before he makes a call on whether to extend Fernando Alonso’s contract while pointing out that Sebastian Vettel will also be in the market in 2018.

Alonso has said that is the new Formula 1 rules don’t instill the “wow” factor in him this season, he could well call an end to his career at the pinnacle of the sport.

But Brown is confident Alonso will remain motivated, acknowledging that the Spaniard is in high demand, and told NBC Sports, “He’s definitely committed to the project, but his contract is up and he’s in high demand as you can imagine.”

But added, “Vettel is out of contract next year, that’s my understanding. So as you can imagine, next year’s going to be an exciting driver market. Obviously we’d love to keep [Alonso]. He’s one of the greatest drivers on the track, if not the best.”

“But we’re just going to see how things go and kick off those conversations a few races into the year.”

Asked if Alonso’s future would depend on how McLaren perform, Brown replied, “Yeah. If I were him, I’d want to see how we perform before I started making decisions. You can’t blame him for that. But I think we’re all waiting to see and that goes both ways.”

Brown, who replaced long time chairman Ron Dennis at McLaren late last year, gave insight on to how the team will be run, “Jonathan Neale and I are ultimately mutually accountable. I spend more time on the commercial side, he spends more time on the technical.”

“But he spends time on commercial and I spend time on technical. I think these teams now are too big to be run by any one individual.

“While I’m not technical, I’m a racer and I understand what it takes to win races. So I think the side where I can contribute is more on the sporting side than the technical,” added Brown.