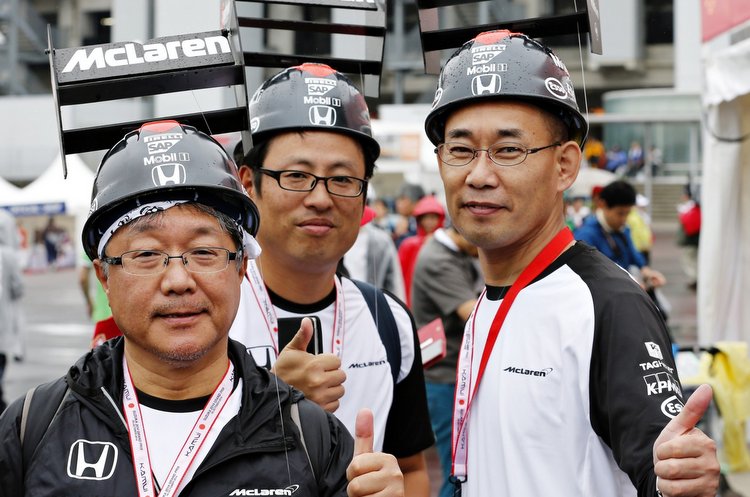 It is no secret that Honda are bullish about their all new 2017 Formula 1 engine, which aptly coincides with their quest to supply teams other than McLaren as early as 2018.

When asked about supplying additional teams, a Honda spokesperson told GrandPrix247, “Since 2015, Honda have always said that as a responsible entity in the sport of F1, we will and look forward
to supplying our engines to multiple teams.”

The exclusivity agreement with McLaren is set to terminate at the end of 2017, but since their return Honda were blocked from supplying another team by former McLaren chief Ron Dennis whose attitude on the matter he summed up with: “Let’s get to the point where we’ve won the world championship first and then we’ll think about it.”

The idea to hog Honda all to themselves may have been good on paper for the ex-McLaren chief, but many believe he shot himself in the foot because Honda were simply left behind when it came to data acquisition while the likes of Mercedes, Ferrari and Renault had multiple sources of information to tap into.

Honda themselves were not too pleased with the condition, knowing well that a second team would give them a broader picture and also a good platform to study how the engine performed with different packages.

Nevertheless the Japanese manufacturer played ball to get a foot back into Formula 1 with a top team.

But now Honda are spreading their wings and looking to embrace more teams, suggesting that their motorhome will be a busy place in the F1 paddock.

The spokesperson added, “We talk to all teams in passing, as it is only natural to do so in the paddock, however, we have nothing confirmed on future supply with any teams.”

Who those “any teams” will be is clearly not known as yet. No one is likely to make a move to cosy up to Honda before they witness the new engine running in testing and seeing how it performs during the course of a grand prix weekend.

Should it be on the pace or close to what Mercedes have bolted on to their works team, be sure to expect some big names knocking on the Honda motorhome door.