Zetsche: My first thought was something again with Lewis! 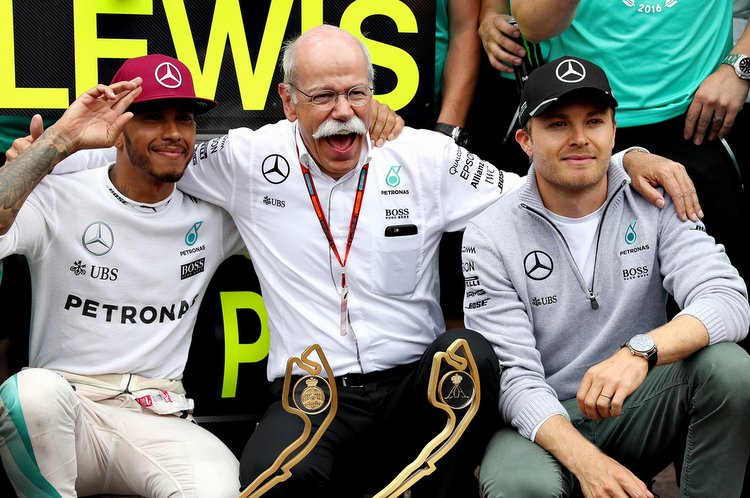 Mercedes CEO Dieter Zetsche revealed that he had just stepped out of a shower when his phone rang with motorsport chief Toto Wolff delivering the news that Nico Rosberg had decided to resign a mere five days after claiming his first Formula 1 World Championship title.

Zetsche told Autocar, “I had just come out of the shower when the phone had rung. I saw that it was Toto Wolff and immediately my first thought was: No, something again with Lewis Hamilton!”

“And then Toto shared the news with me. I must admit I really did not expect Nico’s retirement,” added the Mercedes big boss.

Rosberg’s decision took the the sporting world by storm as there was no evidence that the German would be hanging up his gloves in such a manner. The move also left Mercedes in a tricky position of not having a driver for 2017 when most top candidates were contracted with their respective teams.

But Zetsche backs the decision made by F1’s latest world champion: “I respect Rosberg’s decision. We have a driver with Hamilton, who says: I want more and more, I want to break records and write history.”

“And we have a driver who said: Well, I have fulfilled my dream, how can I surpass that? I find both approaches comprehensible and justified.”

“Sure, I’d rather have two world champions in the team for the forthcoming season. I know the fight would again be very intense. Now we need a new driver… such is life.”

“I was neither offended nor disappointed. Such a decision has to be respected,” added Zetsche.

Valtteri Bottas is expected to be confirmed soon as Hamilton’s teammate at Mercedes for 2017 and beyond.