Mercedes wait on Paddy Lowe to sort out Williams deal 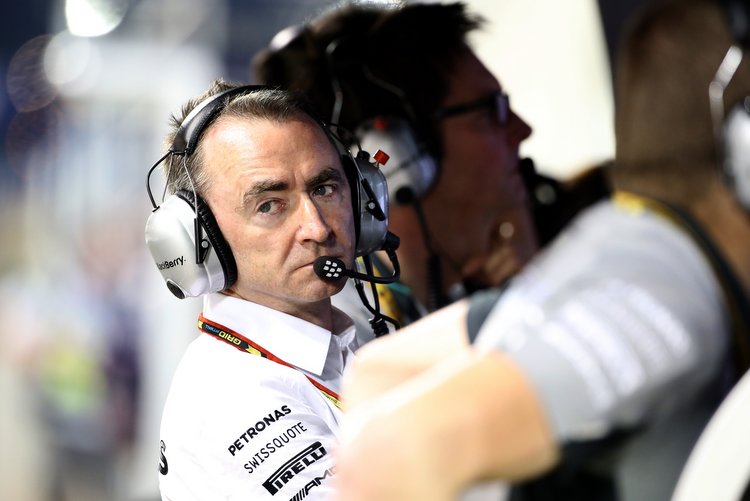 We have been reporting that Paddy Lowe is keen to move away from Mercedes to take up a role as Williams team principal, a move which appears to be part of a complicated negotiation for Valtteri Bottas to fill the seat vacated by Nico Rosberg in the world champion team. Report here>>>

Lowe is said to be keen to become boss of a team, but with Toto Wolff firmly entrenched at the helm of Mercedes, it won’t be happening there for the 54 year old Briton.

Information which has come our way, and apparently the way of Auto Motor und Sport correspondent Michael Schmidt too, indicates that the deal between Williams and Lowe is being thrashed out and no Bottas announcement will be made until all is signed and sealed.

As it stands Lowe is still under contract at Mercedes until May of this year. He has the option to extend and stay in the position of technical director or move to Williams who are keen for him to join.

Lowe is known to have ambitions to be a Formula 1 team principal. Thus an offer from Williams for him to be their team chief, with Claire Williams taking up the role president from her father Sir Frank Williams, is allegedly on the table.

Lowe in turn would be expected to head up the technical director post, vacated by retired Pat Symonds, while the team search for a suitable candidate to fill the role.

Sources close to the team claim that Williams have struck a deal, or are in the final throes of striking a deal, with Toro Rosso technical chief James Key, who can join the team in 2018 should he leave the Red Bull owned outfit.

Thus Key would slot in as technical director at Grove, with Lowe relinquishing the technical role and focus full-time on being team principal.

Meanwhile, as long as Williams and Lowe negotiate terms and conditions, Bottas’ move to Mercedes is on ice. Furthermore Williams want Lowe to join immediately and not only after the end of his Mercedes contract in May.

Word is Mercedes are ready to give both parties what they want, but are awaiting a reply from their technical director to signal that the deal with Williams is done.

AS report that 23 January is the date penciled in by the Silver Arrows to confirm Bottas as Lewis Hamilton’s teammate for 2017.

Mercedes chairman Niki Lauda summed up the situation aptly when he told Blick, “It’s all so complicated!”