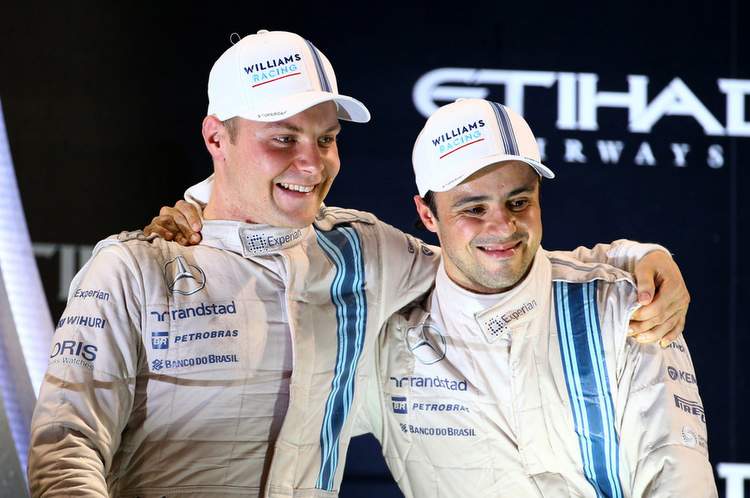 Felipe Massa has reportedly backed out of “done deal” to compete in Formula E this season, adding credibility to the theory that he is prolonging his Formula 1 career for at least another year with Williams to allow his former teammate Valtteri Bottas to move to Mercedes.

In November last year, Massa bid a tearful farewell in what was expected to be his final Brazilian Grand Prix. But since then Nico Rosberg quit the sport and with it freed up a highly coveted seat with Mercedes who want Bottas to partner Lewis Hamilton in the team.

For this to happen Williams will release Bottas (for a hefty fee and certain criteria) but at the same time fill the conditions of Lance Stroll’s contract, which is said to stipulate that an experienced driver partner the teenager during his rookie season with the team.

By backing out of the Formula E deal, Massa is inadvertently confirming that his ‘retirement’ was indeed short-lived.

According to Marca correspondent Jaime Martin, the Brazilian veteran had agreed terms with a Formula E team, “The deal was done, but with Rosberg’s decision to quit, everything changed.”

Reports from Germany suggest that Mercedes will soon confirm Bottas as their driver for 2017, with an announcement that Massa will be staying at Williams to follow at the same time or shortly after.

Meanwhile media are speculating that part of the Bottas deal is Paddy Lowe leaving Mercedes to take up the role as team principal at Williams.

Auto Motor und Sport is claiming that Lowe is actively seeking to move as he is determined to head up a Formula 1 team and at Mercedes that won’t happen as Toto Wolff is firmly entrenched at the helm.

Thus a move by Lowe to Williams may well tick all the right boxes with regards to his ambitions and career path.