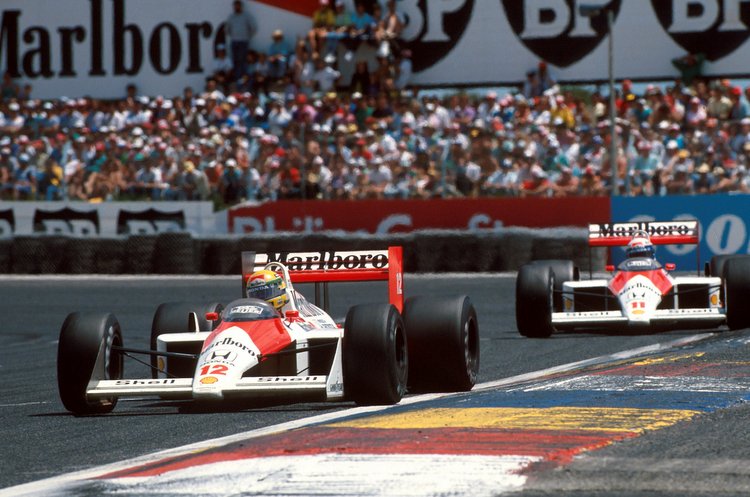 Fernando Alonso believes that recent Formula 1 has dished out excitement that was not part of the sport last century, and has pointed to the historic Senna-Prost era as a very boring period of the sport.

Alonso did no mince his words when talking about an era that has been revered by fans, “Formula 1 at that time, it was very boring.”

“If you see a race now from ’85, ’88 or ’92, you will sleep through the race because it was two McLarens, the fourth guy was lapped and there was 25 seconds between each car. There were 10 cars DNF because the reliability was so-so.”

“[These days] television figures, spectators are going down, like it was in those boring years in the eighties where Senna, Prost and these drivers were saving fuel, saving tyres and things like that, so it’s exactly the same boring as it was at that time.”

Alonso, who won his titles in 2005 1nd 2006, believes the turn of the century and the subsequent years were the glory years of the sport at the highest level.

“A lot of manufacturers came into Formula 1 in the 2000s – BMW, Toyota, and there were many people coming. I think Formula 1 grew up a lot. Television figures and the spectators were at the maximum.”

“And we didn’t understand that situation, probably. The costs were very high, technology was very high, some manufacturers pulled out.”

“The people of the eighties – they’re great champions, they are idols. And now in this generation [Lewis] Hamilton, [Sebastian] Vettel, they will be idols for the kids in go-karts now.”

The Spaniard laments the way technology is being used in the modern era, “The resources, the budgets of these teams, the technology we are using allows these cars to be fantastic machines and probably beyond any physics that the human being respects.”

“Now we don’t have that feeling. We have a car that is way too slow with no grip. So we are sitting in a single-seater but with the feeling of a GT.”

Nevertheless Alonso is upbeat about the new rules that come into effect this season, “I think this will make that excitement of driving and this joy of driving, because we’ll feel the grip and we can push in the corners.”