McLaren overview of nuts & bolts for the 2017 season 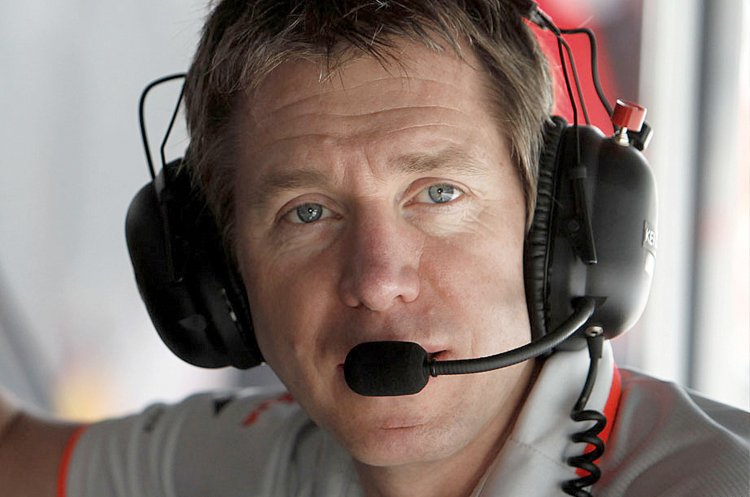 McLaren-Honda’s technical director Tim Goss gives the nuts & bolts lowdown ahead of the 2017 Formula 1 world championship season, which will see a formidable list of new regulations designed so speed up the sporty while turning the cars into sexy mean machines.

“Let’s be clear, we’re looking at some huge regulatory changes ahead of the 2017 season. We’ve had bigger changes in the past – the change between 1982 and ’83 from ground-effect to flat floors, for example, which had a massive impact on performance. But this season’s changes rank as some of the most significant we’ve ever had in the sport.

“That’s likely to change the competition order – because it’s such a big disturbance. Historically, that has changed the order – but then what normally happens is that the best, and most well-equipped, teams tend to rise to the top again.

“These new cars will definitely look different, and that was always one of the objectives of the rule-changes. The aim was to make the cars look more aggressive; to make them faster, so that F1 was very much at the pinnacle of motorsport in terms of outright speed, and to make them more difficult to drive. By that, we don’t mean that they’re more of a handful for the drivers, but that they’re more physically demanding for them, so that they get out of the car having had to work hard – like they did in years past.

“These 2017 cars are lower and squatter; they just look meaner. The lower rear-wing, big fat tyres and big diffuser look cool – they look mean. But for the engineering department, the changes to the aerodynamic and tyre regulations are the two most challenging areas to tackle.”

“Understanding what the tyres are actually going to do has been a huge challenge. The 2017 tyres are slightly larger in diameter, but, more significantly, they are wider. Imagine the old 2016 rear tyre now going on the front of the car, and a similar-sized increase on the rear tyre to accommodate.

“Pirelli ran a very intensive test programme during 2016 to develop the new tyres, with the support of three teams. They got lots of mileage under their belts throughout 2016, and all that data has been provided to all the other teams. But, from all of that testing, trying to piece together what we think the tyres are going to do in terms of performance, degradation, thermal stability etc, that’s still quite challenging.

“And there’s a couple of reasons for that: even nowadays, it’s still quite difficult to understand tyre behaviour – even if you go track-testing. Additionally, the 2016 mule cars won’t behave in the same way as the 2017 cars – so what we’re trying to do is identify which areas of performance are attached to the tyre and which to the mule car. That’s a major challenge.

“We’re pretty close to knowing what we’re going to get from the tyres, but really understanding how they’ll sync with the new regulations will be quite a challenge. In pre-season testing, we will learn a lot.”

“The aerodynamic changes have been another challenge. A lot of the flow structures and physics on the car are fundamentally the same, how the flow is established at the front of the car and then travels back down the car, starts off in a fairly similar way to last year.

“Now what you’ll find is that, in the detail, things start to behave differently, which prompts you to change direction. The 2017 cars will look pretty similar to the layman, but the aero guys have been battling to correct flow-structures at different ride heights for months and months now. We’ve had to rethink lots of different areas on the car, because they’re behaving differently to how they did before.”

“The track width has gone out by 100mm per side – so the cars are wider. And because of that increased width, the front wing has also grown wider. And it’s now swept back in plan-view.

“The rear wing is also wider and lower – which helps make the whole car look lower and wider. And there are some visual styling cues that have been introduced: the rear is swept back in side-view, and the sidepod intakes are angled in plan-view. It’s definitely a ‘meaner’ look.

“And there’s a detail in the rear-wing endplate regulations; they step in – and that curviness is another styling feature that adds to the general ‘aura’ around the new shape.”

“The new regulations allow us to run a much larger bargeboard. There’s much more freedom in that area – so you’ll probably see that every team has done a lot of detailed work in that area. In the 2016 regulations, the scope for bargeboard development was quite small. Now we can run them to the full height of the chassis, they can go a lot further forward and sit wider outboard. We can also stack devices within that area – so you’ll see a lot more complication in that area, a little like we saw in previous regulatory eras.”

“The bodywork and floor have both got wider for 2017. The leading edge of the bib area has been brought rearwards by 100mm, that’s not hugely significant, it’s a weight-saving concept, but, with the increase in the width of the car, there’s more floor area, which means more aerodynamic load.

“The most significant change in this area is the rear diffuser. It’s longer and higher – and that will create a lower pressure in the centre of the floor and create more downforce. The 2017 diffuser now starts earlier and goes to a higher height. It previously started at the rear-axle centre-line, it’s now 170mm further forward, around halfway towards the leading edge of the tyre. Last year, the height was 125mm above the reference plane, and it’s now 175mm.”

“The token system that was applied to engine development for the past few seasons has been discontinued. For 2017, the Honda engine architecture and layout have been altered to serve both for performance and packaging needs.

“The new power unit takes much of the learning from the past two seasons, but has been specifically redesigned for this season.”

“The drivers say that these new cars will be more challenging to drive, and that they’ll have to work harder and concentrate more to get the best from them.

“One knock-on from that is that we’ll no longer classified some corners as ‘corners’. What we mean by that is that engineers define a corner as a point on the track where the driver has to lift and essentially drive and handle the car through it; if he’s going round a bend, and his foot is flat to the floor on the accelerator, we class that as a straight.

“As the new cars will be going faster, some of 2016’s ‘corners’ will be classified as ‘straights’. But because they’ll be going through them faster, they’ll be subjected to more g-forces – and that’s still tiring on the body.”