Claire Williams: I do not understand people 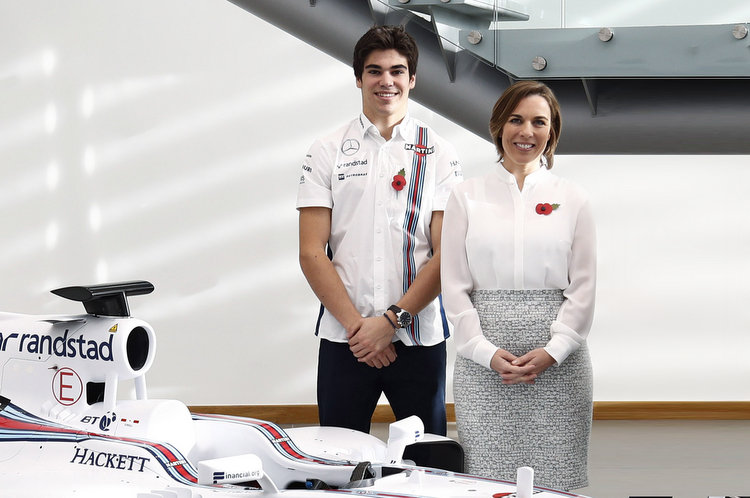 Claire Williams has reacted angrily to the negative press that has simmered since Williams signed 18-year old Lance Stroll to race for the team in 2017.

The son of billionaire Lawrence Stroll has been fast-tracked from Formula 3 to the pinnacle of the sport, despite millions spent to prepare the teenager for his rookie season in Formula 1 criticism continues and the Williams deputy team chief is not impressed.

Williams told Speedweek, “I do not understand people. Apart from common courtesy, maybe people should should wait a bit with their judgment on Lance Stroll.”

“For his age he has already achieved a lot. He has won every championship in which he participated, he was particularly strong in the Formula 3 Championship in 2016.”

“Everyone who knows Williams knows that we would never bet on a driver we do not believe in. We are a serious team with ambitious goals. We believe that Lance will get the results.”

“Sure, he is a newbie, and yes he is going to make mistakes. But we’ve already seen during his test programme that he is a fast learner. He does not make a mistake twice and improves all the time. He does everything we ask of him. We could not wish for anything more from him.”

“Every time a team principal puts a driver into the car, it is important to consider business aspects in the background. Even a driver like [Fernando] Alonso brings money, perhaps not his own, but in the form of sponsors who accompany the Spaniard. Santander came to Formula 1 because of him.”

“Formula One is a huge business and yet when a driver brings money, it is so negative. Racing is expensive, and drivers who do not find a budget, do not go very far. I do not understand people who criticise drivers who have financial backing.”

“If they did not exist, many teams would not have survived, and if teams do not survive, the sport would not survive,” added Williams.