Wolff: Lewis and Nico the best then Ricciardo 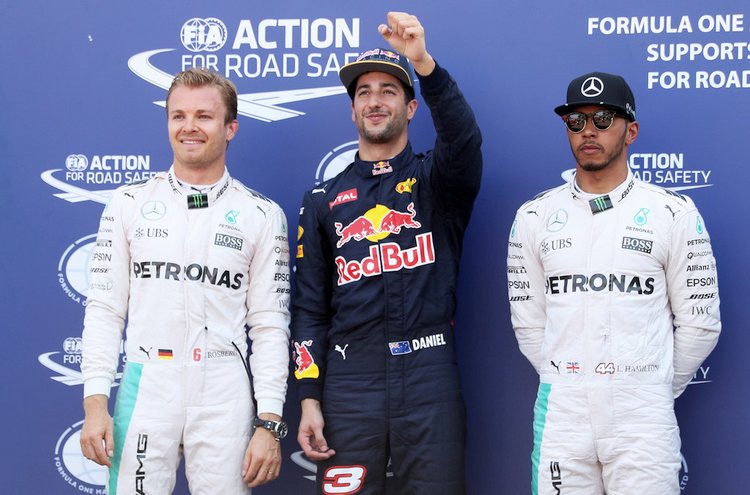 Mercedes team chief Toto Wolff has revealed that Ayrton Senna is his favourite Formula 1 driver of all time, and rates Lewis Hamilton and Nico Rosberg the best of the current era, and has a surprise third best driver on his list.

Asked by Le Figaro to name his favourite driver of all time, Wolff replied, “It’s not very original but I would say that Ayrton Senna has always been my favourite driver. For me he was the greatest for his outstanding talent.”

“His love of the sport and his incredible ability to focus on the job at hand. He was totally committed to his driving, and inspired so many young drivers,” he added.

As for the current generation Wolff claimed that his two drivers were the best and then made an interesting revelation regarding who he believed was next best, “I would say Lewis Hamilton and Nico Rosberg, for obvious reasons. As for third, I would have said Sebastian Vettel up until the Mexican Grand Prix, but after that race I’d say Daniel Ricciardo.”

The Mercedes team boss was of course referring to Vettel’s in-race meltdown in which he insulted race director Charlie Whiting and displayed an attitude unbecoming of a F1 World Champion during the race at Autodromo Hermanos Rodriguez last season.

Wolff explained, “My choice reflects the driver and personality package. I wouldn’t say that Vettel disappointed me as he isn’t a Mercedes driver, so it isn’t really my problem…”

He progressed into GT racing where in 1994 he won the 24 Hours Nürburgring in his category. In 2002 Wolff finished in sixth place in the N-GT category in the FIA GT Championship, winning a race in the process.

He switched to the Italian GT Championship in 2003, winning a race in 2004 with Lorenzo Case, while also teaming with Karl Wendlinger in the FIA GT Championship.

Wolff was runner up in the Austrian Rally Championship in 2006, and winner of the Dubai 24 Hours that year. He also served as an instructor at the Walter Lechner Racing School.

Asked which race driver he would like to have been, Wolff replied, “Unfortunately, those I admired all had tragic destinies. So I’m not sure I would have liked to have been in their shoes.

“I feel comfortable with who I am. Obviously I didn’t become the champion I was hoping to become but I have no regrets.”