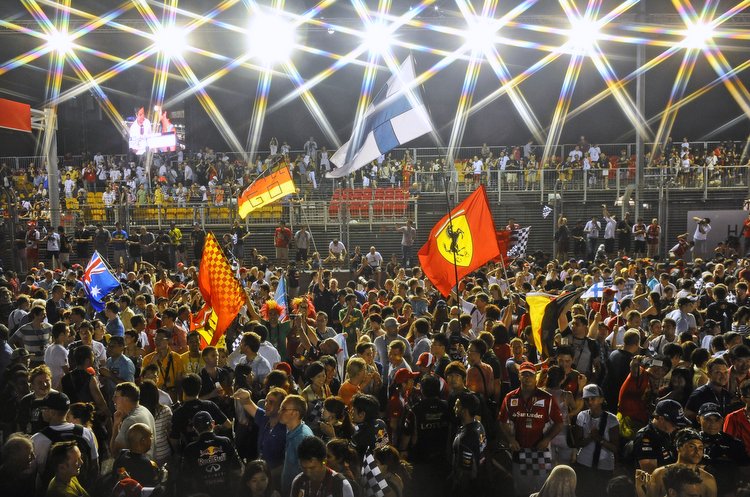 Formula 1 fans in Singapore are keen for the race to remain there, despite negotiations between organisers and F1 supremo Bernie Ecclestone seemingly stalled, according to a survey conducted by British research firm YouGov.

The contract for the Singapore race expires this year and Ecclestone and organisers are still in negotiations about extending beyond 2017, though he suggested in an interview with a German autosport magazine last November that talks were not progressing well.

The Singapore race costs some S$150 million ($104.69 million) to put on every year, 60 percent of which is funded by the government. It was first staged in 2008 and the city-state renewed its contract for another five years in 2012.

The future of the race, however, was a concern for the 1,002 Singaporean respondents to the survey, with 57 percent keen for it to continue beyond this year.

About 70 percent also felt the race had been a net positive for the country.

YouGov conducted the survey of 9,332 people within eight countries in the Asia-Pacific area because the future of the sport within the wider region is clouded.

The area hosts five Grands Prix on the 20-race calendar this year – in Australia, China, Singapore, Malaysia and Japan.

Malaysian organisers have already said they had no interest in hosting a race after 2018 because of declining ticket sales and television viewing figures.

The survey, however, found that overall more than 60 percent of respondents wanted more races within the region with Hong Kong (33 percent), Bangkok (27 percent) and Sydney (20 percent) suggested as potential hosts.

While 71 percent would be interested in attending races, high ticket costs and having to travel to another country to do so were major deterrents.