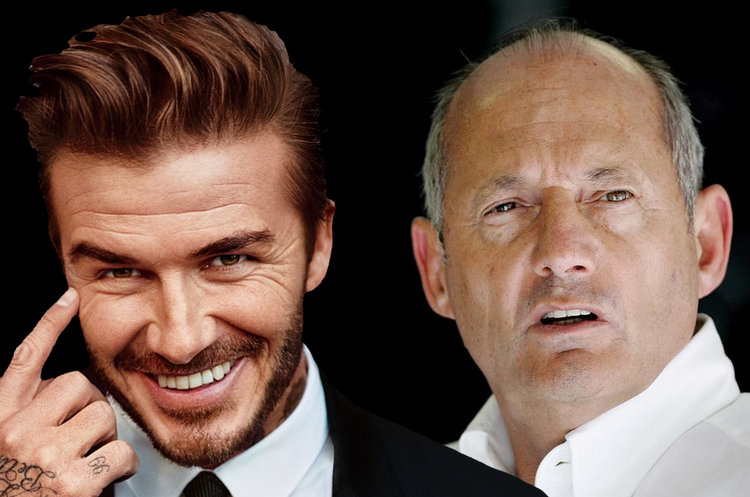 Recently ousted McLaren F1 team supremo Ron Dennis and football superstar David Beckham, who have a combined fortune of around $1.2-billion, engaged in a loud shouting match over the seating plan for a New Year’s Eve show at a luxury resort in the Maldives.

Daily Mail report: The dispute was over the tables reserved at the One & Only Reethi Rah resort to give celebrity guests the best view of the entertainment. Dennis and his entourage of around 30 finished their dinner first and took up their positions to watch the New Year celebrations.

As they did so, they spilled over into the seats allocated to the families of Beckham, upon which a female member of the Beckham group asked Dennis for their reserved tables to be vacated and pointed out the moved name places. The former F1 chief is said to have been dismissive, mentioning how much money he was spending at the resort.

This lack of manners prompted Beckham to confront Dennis face-to-face and verbals were exchanged. Despite the acrimony on the night, their differences were resolved the next day, when Dennis is understood to have apologised.

The duo, both regular visitors to the Maldives, have been friendly enough in the past for Beckham to have donated his Wembley box at an England match following a charity request from Dennis.

A friend of Dennis’ said, “It’s fair to say voices were raised but it was all a storm in a teacup. They have known each other for ages and it was all blown over by the next day.”