Alonso: I expect the feeling of wow again 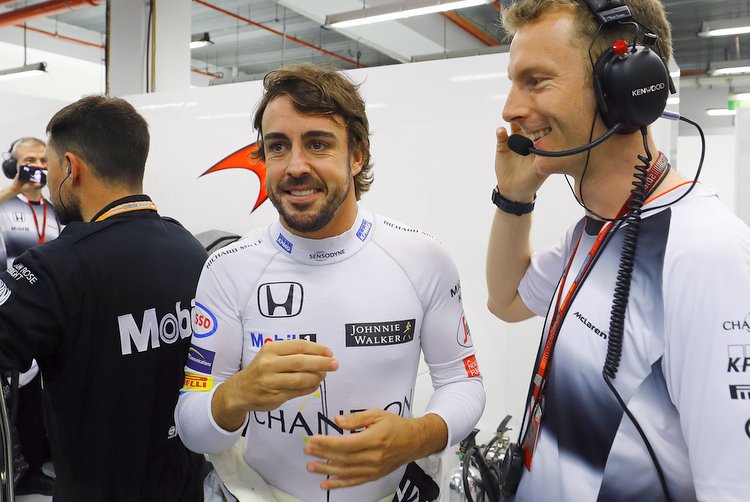 At 35 time is fast running out for Fernando Alonso in Formula 1, but before his time is up he is seeking a third title to add to the two he already has and is hoping that the 2017 regulations have the wow factor to keep him motivated.

Speaking to the official F1 website Alonso declared, “Another championship is the ultimate target and we are working hard on that project.”

“With the new regulations in place next year we will probably get the excitement back as the cars will be much more attractive – and much faster. That is still the target that Fernando wants to achieve!” he added with a laugh.

The McLaren driver has endured two well below par seasons with the Woking outfit that are reunited with Honda, but have yet to deliver at the highest level. As a consequence he has not visited the podium since his Ferrari days in 2014, while his last victory was with the Reds back in 2013 at the Spanish Grand Prix.

Alonso has often spoken about the lack of excitement in driving the current era F1 cars and has made it clear that the challenge of driving the 2017 cars will determine how long he remains at the pinnacle of the sport, explaining that much has changed since he made his grand prix debut 15 years ago.

“You change in any ways – not just as a driver. A person at 19 years of age is completely different than a man of 35. That goes for any kind of relationship: family, friends, and the approach to the team, the working methods and of course the media.”

“Everything changes – not because you want to have it changed in one direction, but because life changes you! You cannot escape that – the Peter Pan story of not growing old is only a fairy tale!”

Nevertheless, the ardent will to win remains, “Probably success is the most important thing of the enjoyment of being here. You are here to compete – you are here to compete against 21 other drivers and try to be the best in the world. So being on the podium, winning a race or even a championship: these are the moments of ultimate enjoyment.”

With regards to the 2017 season, he was asked if the fatter tyres, faster lap times plus more horsepower and downforce will re-ignite his passion, Alonso replied, “Yes, because it means that you are very excited in the car when you jump in. I expect the feeling of ‘wow’ again – as when I started in F1!”