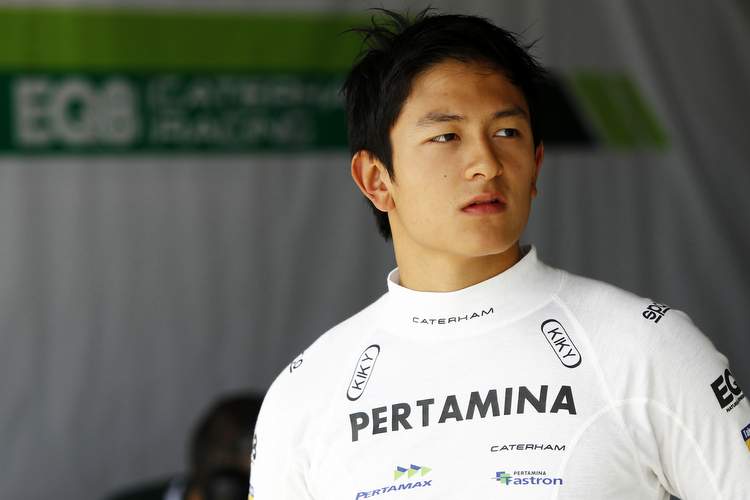 Indonesian driver Rio Haryanto has suffered a major setback in his bid to return to Formula One this season after state-owned energy company Pertamina announced it was ending its sponsorship.

“This year there will not be a continuation of participation by Pertamina in F1,” spokeswoman Wianda Pusponegoro said in a statement on Tuesday, noting that Pertamina could not meet a sponsorship deadline.

“Of course we regret this very much, but we have already made maximal efforts for Rio and Indonesia,” she said.

Haryanto, the first Indonesian to race in Formula One and only Asian driver on the grid last season, said in a text message that he had “not yet confirmed” his position and hoped to reach a decision as soon as possible.

“We are still working on a plan to keep Rio in Formula One,” Haryanto’s manager, Piers Hunnisett, told Reuters.

“People in the Formula One world felt he did a good job and he deserves to be there,” Hunnisett said, adding that it would be a “great shame” if Haryanto missed out on a seat in 2017.

The only likely vacancies still open are the two Manor seats and there is lingering uncertainty about that team’s future ownership.

Swiss-based Sauber, who like Manor expect their drivers to bring financial backing, are expected to sign German driver Pascal Wehrlein, who is backed by Mercedes, alongside Sweden’s Marcus Ericsson.

“Obviously, we were hoping to move into a team like Sauber – that was the plan but things are going to slow down a little bit,” said Hunnisett.

Haryanto started 12 races for Manor in 2016, alongside Wehrlein, before being replaced by French rookie Esteban Ocon after the German Grand Prix in July. Ocon has since moved on to Force India.

Pertamina have been Haryanto’s constant backers in the costly sport, and Hunnisett said last month that while he was looking for other non-government backers he was confident that Pertamina would continue to sponsor Haryanto.