Newey: F1 should be battle of drivers and creativeness of engineers 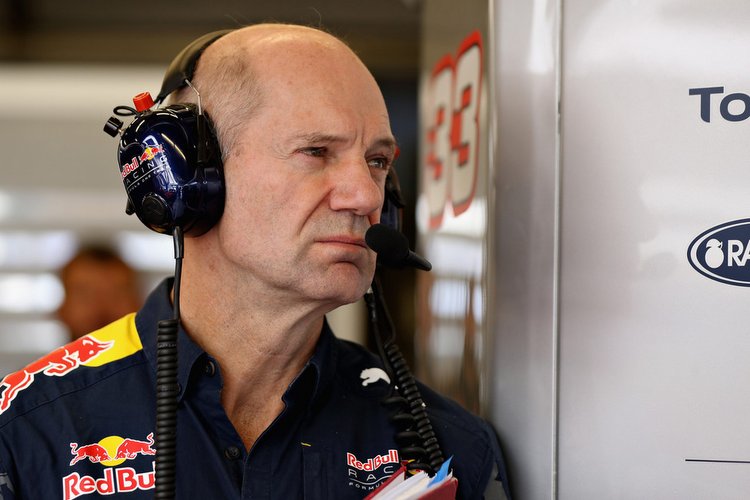 Formula 1’s acknowledged design guru Adrian Newey believes that Formula 1 should be the battleground for the sport’s best drivers and engineering excellence.

Speaking to Sky Sport, Red Bull’s Newey asked, “Is F1 a technical showcase for motor manufacturers, of their engine prowess for instance, or is it a spectacle that involves man and machine?”

“Depending on who you are, you are one way or the other. My personal view is that it should be a battle of drivers coupled with the creativeness of engineers. That means it shouldn’t purely be battle of resources, which is what it has tended to become on the engineers’ side.”

“It would be entirely possible to come up with a set of regulations that would reward creativity more than simply the number of people. A budget cap is very difficult to implement but you could come up with resource restrictions, certainly on the chassis side most of which aerodynamic driven.”

“You could restrict research resources much more heavily than we do, perhaps scrap wind tunnels altogether, be much more restricted on the CFD runs, and if you restrict the resources there wouldn’t be no point having so many engineers because they couldn’t feed it through the funnel.

“On the engine side, my personal opinion, which I’m sure will be a very controversial one, is that all this blurb which a few manufacturers would like to put out, that it improves their road car product, if that is the case then those manufacturers in the future, five years at the most, should be demonstrably ahead in the automotive sector of their rivals.”

“Somehow l suspect that will not be the case, which tends to say it is marketing blurb,” mused Newey.

The new rules for 2017 are comprehensive with many expecting, and hoping, that they will provide teams the opportunity to challenge the dominance of Mercedes, but Newey warns that the gulf between the pace setters and backmarkers could increase in the the short term.

He predicted, “It will almost certainly mean the grid will be a bit more spread out to start with. Whenever there is a regulation change, some teams read the regulations better than others.”

“Typically the big teams, who have the bigger resource, read them better, but when we had the last big regulation change in 2009 that wasn’t the case, it was Brawn and ourselves who read them correctly, and the grandees, then Ferrari and McLaren, who struggled a bit.”

“Whenever you have regulation change, you have lots of ideas which you have to channel down to a direction and a philosophy for the car. Although we are one of the bigger teams we don’t have the resources to look at them all avenues simultaneously.

“It’s [a case of] ‘this is the avenue we believe is the correct one’ and we hope we are right. There is always the chance that there is an avenue or direction which someone else has taken which is superior.”

Newey is no fan of the current era hybrid technology power units as his forte is and has always been aero. However the rule changes for the new season have inspired him enough to take a more active role in the production and development of the Red Bull RB13.