Exciting times on track for Formula 1 in 2017 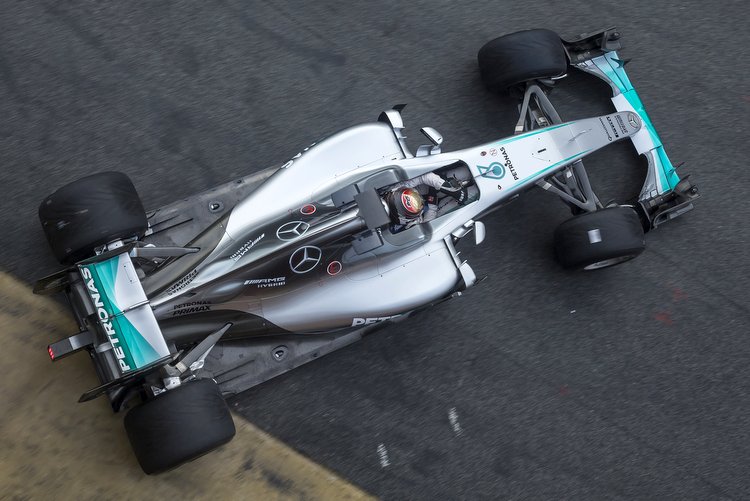 2017 is upon us and the outlook for Formula 1 is good, new regulations have given a boost to the creative juices within teams and although the consensus is that Mercedes will again be the team to beat, their rivals are bullish and believe that the playing field may be less tilted towards the F1 World Champions of the past three years – exciting times lie ahead!

First and foremost is an expected 10 to 12 percent hike in downforce and grip. Fatter tyres set to make the cars look sexier, while increased aero adds to the speed around corners, thus lap times are set to fall dramatically.

Toro Rosso’s Carlos Sainz revealed to AS, “If the numbers that we are seeing in the simulator in terms of grip, aerodynamics and tyres… all I can say is that the cars are going to be much faster.”

“Perhaps at the beginning of the year it will be three seconds and then four and a half or five by the end, but for sure they will be faster and the drivers will have more fun,” predicted the young Spaniard.

Of course Formula 1 being Formula 1 the there are large discrepancies when it comes to the extent of performance boosts across the board.

Engineers are expecting a 5% increase in downforce, while the optimists are talking 13 to 14% and for sure the likes of Red Bull hopeful that their guru Adrian Newey will be able to pen in some huge aero gains to their 2017 car.

On the engine front manufacturers are predicting an increase of about 100 BHP, but Honda say they expect tto extract another 200 BHP before the season begins.

Renault Sport managing director Cyril Abiteboul is confident the cards will be reshuffled in 2017, “We are really looking forward to competing in F1 in 2017 because the rulebook will create surprises.”

“Nobody knows what will happen, so I think we need to reset and adjust our judgment and vision of the sport, and wait for the first grand prix to spring a few surprises.”

Scuderia Toro Rosso technical chief James Key said ahead of the new year, “It’s a massive change. Honestly, from a bodywork and suspension and tire point of view, this is the biggest one that I’ve personally experienced in almost 19 years in F1.”

“From a chassis point of view, it’s the biggest change of the past two decades, even bigger than 2009 and certainly bigger than 2014. These are exciting times!”

“Basically, there are two processes going on. Firstly, you’ve got the enormous amount of research you have to do to try and understand what makes a car with these new regulations tick, without any experience of them in reality, because for a long time, we can only operate in the virtual world. That process comes to an end in January.”

“Secondly you hit the track for winter testing, after which you go and do a season with all this work that for a long time existed in your virtual world.”

“We tentatively started the 2017 project in September 2015, so it’s been 14 months so far. Back then, the chassis regulations hadn’t been finalized but we thought that with any change of this nature, the sooner you start, the better,” added Key.

Pirelli motorsport boss Paul Hembery, who knows more than most about the likely performance of the big fat slick tyres that are due to make an emphatic comeback on the cars, reckons the drivers will feel as if they are running on rails.

“If you are cornering with that much grip and, if it’s to be believed, up to five or six seconds a lap quicker, that clearly is going to be felt by the drivers in a dramatic fashion,” he said.

“We won’t know until they get to the limits on track to understand where those limits actually are, but with that improvement in performance it’s like going into another category of racing. It will be like jumping from GP2 into Formula One so it’ll be almost like an F1-plus compared to where we [were]…”

The pole lap time around Circuit de Barcelona was 1:22.000 in 2016, some are expecting times around the Spanish Grand Prix venue to dip into the 1:16s zone come race day in May, and dip well below the 1:20s during testing. Time will tell…