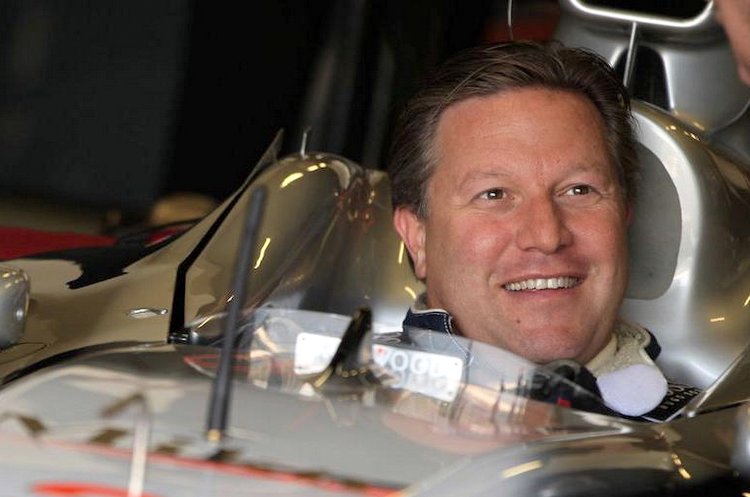 Newly appointed McLaren executive director Zak Brown wants to win Formula 1 world titles within the next three years and is aware that this is what the team’s stakeholders are wanting.

Brown took over at Woking after the team’s long standing patron was ousted in a boardroom coup late last year, his appointment seen as a move to spruce up McLaren’s marketing objectives.

McLaren has not won a Formula 1 world championship since Lewis Hamilton’s drivers’ title success in 2008, and has not scored a grand prix victory since the 2012 Brazilian Grand Prix.

Next year they continue with Honda power, with Fernando Alonso and rookie Stoffel Vandoorne spearheading their challenge.

Brown was asked by the Financial Times whether his main goal was to prepare McLaren for sale by boosting its commercial profile.

He responded, “That’s for the shareholders to decide,” Brown said. “I would not be surprised to be sitting in a McLaren uniform at a grand prix 10 years from now.”

Brown said he wanted to see his team win a world title “by the end of this decade.”

He also acknowledged that there was trouble between Dennis and the team’s major shareholders, “It doesn’t take a rocket scientist to figure that out. I’ve deliberately kept my space and know that what all shareholders want are world championships.”

Brown’s arrival at McLaren coincides with major changes at the helm of Formula 1. A time when many see the rule of Bernie Ecclestone being phased out as the sport’s new owners Liberty Media take control.

Brown said of the state of the sport, “What you see in Formula One is the top of the grid is working great, and then as you go down the grid, you have teams in big financial trouble at the back.”

“We have racetracks that can no longer afford to put on races even though they are healthy events. We have some fans that can’t afford to go to races any more because of how much tracks need to charge. I think we need to re-balance the ecosystem to make sure that F1 works for everyone that participates,” suggested Brown.