Brawn: They are going to be very quick! 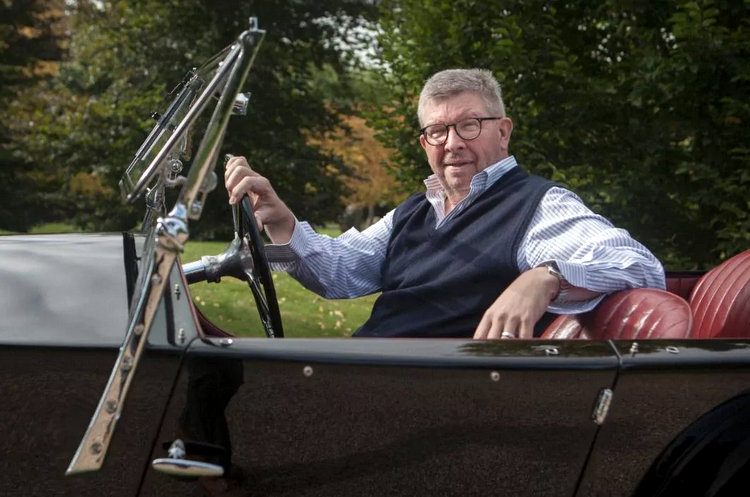 Formula 1’s elder statesman Ross Brawn is not sure of exactly what to expect from the sport in 2017 with the new regulations kicking in and is openly wary of what impact the new rules will have on track, but one thing is sure: Formula 1 will be a lot faster!

Speaking to ESPN, Brawn said, “The more aerodynamic performance you create, the more sensitive you are to the wake of the car in front. It’s not always the case, because the aerodynamics can be profiled and shaped and managed to reduce that impact, but inherently that is the case. So I hope these regulations aren’t going to impact the ability of these cars to race together.”

“I think there are definitely some positives to what’s happening in 2017. I think the reality is the longer you leave the regulations the same, the closer the teams get — and you are starting to see that now. Mercedes is still winning but people are starting to nip at their heels and more time with the same regulations would make that even closer I’m sure.”

“When new regulations come, someone gets on top of them quicker than the rest and that was always what I tried to do, but that slope that comes flattens off and everyone else catches up. But what you may well see next year is somebody takes an interpretation of the regulations, gets ahead of the game and has a big advantage. I don’t know who that might be, but you could easily see someone disappearing [ahead].”

Indeed Brawn took advantage of nuances in the rules back in 2009 to engineer Brawn GP to the world title, the privateer underdogs walloping the grandee teams in F1’s version of David versus Goliath.

But Brawn warns that Mercedes will have ticked all the boxes ahead of 2017, “Don’t underestimate Mercedes, it’s a strong outfit and a good car. There are four teams with Mercedes engines and only one that is winning, and there is a reason for that: it’s a good team and a good car.”

“Don’t underestimate what Mercedes can achieve. But Red Bull would have been one of the main protagonists behind this rule change, which is why I say that the political element is always there in Formula One.”

Engineers warned that the new rules with more aero dependence and wider tyres may impact racing and overtaking, Brawn is also wary, “What one hopes is that it improves the racing from the point of view that it is much more challenging for the drivers physically. To drive that car at maximum speed for 50, 60 or 70 laps is going to be very challenging for the drivers.”

“Therefore, I think you’ll see more variation during a race of drivers fatiguing and losing performance – that will be a positive element.”