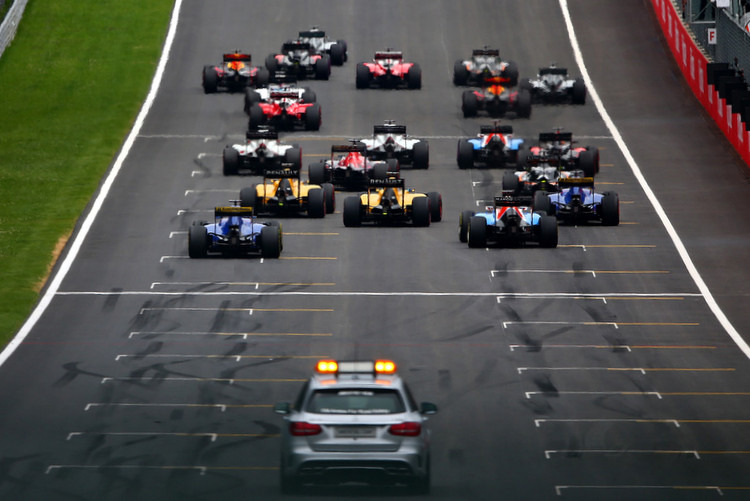 Liberty Media have made Formula 1 teams an offer to buy into the sport, allocating a fifth of the total shares on offer for this purpose but it comes with a twist.

As part of the acquisition of Formula 1, Liberty are offering the 20% shares still owned by CVC to the teams at $22 per share, but no team can purchase more than 5% off these.

At current value one percent equals approximately $40 million which is affordable to top teams such as Mercedes, Red Bull, Renault and Ferrari, but not so attractive to the privateer teams of which some are struggling to survive in the current economic climate.

Nevertheless the offer is on the table with CVC giving teams until the end of January to make a bid, thereafter, the shares (that remain) will sold to other interested parties – allegedly there is already a queue to buy these.

By the end of March, the EU Commission is set to agree to the takeover of the previous majority shareholder CVC Capital Partners and accept the plans of the US media group.

On paper all appears to be fine and Liberty has good reasons to involve teams in the business. This guarantees continuity to the US media group.

Conditions of the purchase of the shares provide teams with profit share, , but they will not have voting rights.

The ‘double edged sword’ in the offer is the fact that the teams who acquire the shares will be given a seat on the board of directors and a cut of the profits, but will not have an any voting powers when it comes to decisions on new strategies, regulations, marketing campaigns, the distribution of money or the appointment of the CEO or a Technical Director.

Of course this is likely to be a stumbling block as teams make no secrets of their have ambitions to control the sport an the direction it takes after decades of Bernie Ecclestone’s one-man-show style of governance.

Thus, should the teams and manufacturers refuse the offer, Liberty is in a tricky situation. The big teams would then have leverage in the negotiations of the next Concorde Agreement to map out their own interests and veto what they perceive to be unfavourable partnership conditions.

The likes of Ferrari, Renault, Red Bull and Mercedes will certainly look at the fine print and then argue their case, as they will want to avoid the risk off being phased out of the decision making process when the sport’s new power brokers take full control.