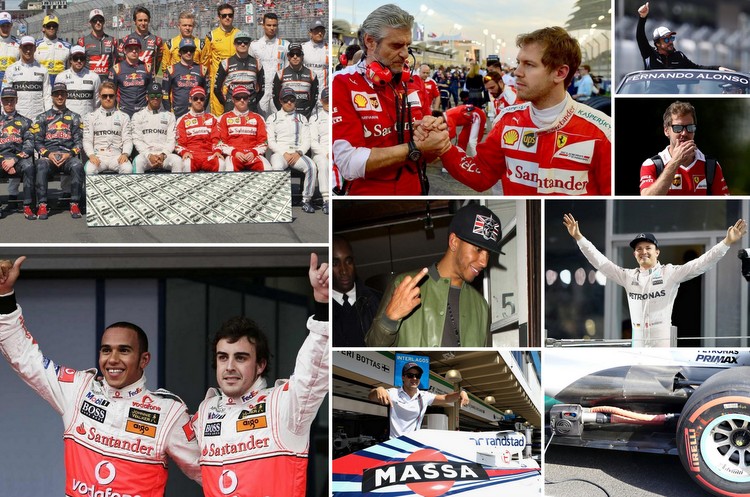 Below are links to the top ten most popular Formula 1 new stories on GrandPrix247 during the course of 2016:

1. 2016 Formula 1 driver salaries
In the wake of Lewis Hamilton grabbing headlines for being the richest sports person in Britain – for his fortune which is estimated to be around $150 million – we reveal the top earners in Formula 1….

2. Massa to return allowing Bottas to go to Mercedes
Reports in Brazilian and German media claim that Felipe Massa has accepted a deal to remain in Formula 1 for another year with Williams, allowing Valtteri Bottas to fill the most desired seat in the sport at Mercedes….

3. Alonso: I did not leave McLaren because of Hamilton
With Fernando Alonso being mentioned as a possible teammate to Lewis Hamilton at Mercedes, invariably thoughts go back to their tumultuous partnership at McLaren back in 2007….

4. Hamilton to miss Monaco Grand Prix?
The next wild report is now firing in Formula 1, ahead of the championship’s ‘jewel in the crown’ event in Monaco this weekend, Corriere dello Sport reports that a mysterious incident involving Lewis Hamilton’s attendance at red carpet events in Cannes last week could mean the world champion sits out Monaco this weekend.

5. Vettel detained by police before Abu Dhabi weekend
It has emerged in German media that Sebastian Vettel’s Abu Dhabi Grand Prix weekend got off to an uncomfortable start as the Ferrari driver was held by track security and local police, after an unpleasant confrontation ahead of the race weekend…

7. Ramirez: McLaren will lose Alonso
McLaren stalwart Jo Ramirez believes the team he used to work for has been slow to progress since their reunion with Honda and this is not only costing the team in terms of sponsors abandoning ship, but they may also lose their ace driver Fernando Alonso….

8. Rosberg retirement costs him €50-million/
By all accounts Nico Rosberg’s decision to quit Formula 1, only days after being crowned World Champion for the first time, was a spontaneous call by the German which in the end is likely to cost him around €50-million….

9. Mercedes devious tyre pressure trick revealed
A trick employed by Mercedes to counter Pirelli’s high mandatory tyre pressures has emerged. Earlier, it was suspected that some top teams had found a clever way to reduce the high minimum tyre pressures once the car was up and running, thereby boosting laptimes….

10. Inside Line: Vettel or Arrivabene? One has to go
Strategy mistakes, bad luck, poor reliability and now internal strife between the team chief and their ace driver are all factors that are turning the 2016 Formula 1 season into an annus horribilis for the legendary Italian team.

It was a good year or our site as we broke all previous traffic records with 989,730 users reading 21,614,345 pages, as per our Google Analytics stats. Thanks to all who supported and continue to support this site. Things will only get better…