Wolff: Our philosophy is bigger than any one person. 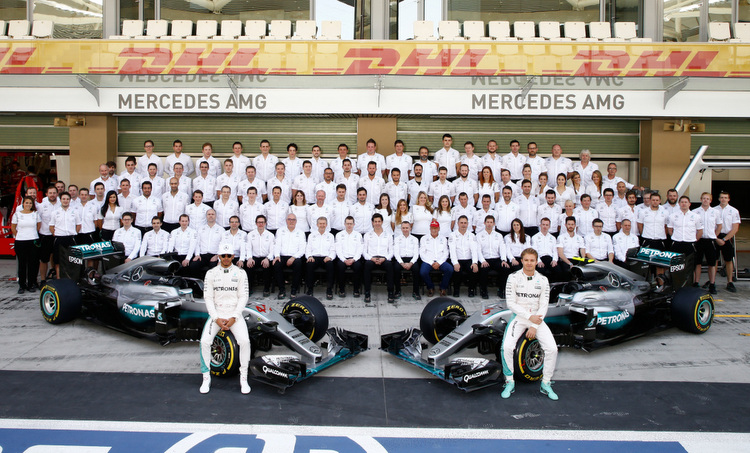 In the aftermath of Formula 1’s longest season in which Mercedes dominated for a third consecutive year, chief Toto Wolff is adamant that the team will always come first and is bigger than any individual.

In an address to team staff at the Brackley HQ, Wolff said, “Our team has broken records in the history books. We have pursued our goals with passion and determination; and we were tested at each turn by unexpected challenges.”

“Nico was crowned champion and then departed the stage. Lewis needed strength of character to handle defeat with composure and dignity.”

“We celebrated our success and we learned from our mistakes. Through all these moments, we have emerged stronger and more capable to face together the road ahead.”

“Our position in the spotlight puts every decision taken and every word spoken under an intense microscope. They are debated passionately among our fans and interpreted by the media.”

“But there has been enough talking, now. This is the period for calm and considered reflection; to savour our achievements and prepare for the next campaign.”

“As we move forward, we will continue to be guided above all by the best interests of our team. This philosophy is bigger than any one season or any one person.”

“It has forged a group that is humble in victory and gracious in defeat. Hungry for challenge and resilient under pressure; never satisfied with the status quo, always seeking to improve.”

“Our values have been the foundation stones of three world championships. And there will be no compromise as we begin our quest for a fourth in 2017,” added Wolff.

In 2016 Mercedes won 19 of the 21 races, scoring 765 points in the process to wrap up the constructors’ with four races still to run, while the only true contenders for the drivers’ title were their rivers Lewis Hamilton and Nico Rosberg, with the latter doing the business in a tense final in Abu Dhabi. He retired five days later.

The Triple in Numbers

Since the beginning of the Hybrid Power Unit era in early 2014, the Silver Arrows have enjoyed three seasons of superlatives. The 2016 campaign was the icing on the cake: after all, it was not only the longest Formula One season in the history of the sport, it was also the third contested under this set of regulations.

The principle was that the teams should be more evenly matched, and that was indeed the case. In spite of that, the Silver Arrows managed to win 19 of the 21 races – an absolutely fantastic team performance. But of course, there were even more successes to report from the past three years.

Did you know that…