Wolff: Lewis and Pascal would be an explosive combination 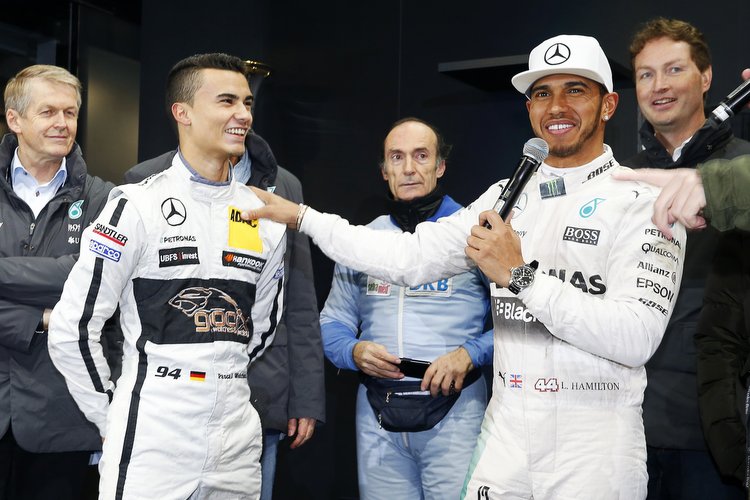 Mercedes F1 chief Toto Wolff has shed some insight into why he is hesitant to promoted highly rated rookie Pascal Wehrlein to Nico Rosberg’s vacated race seat and to partner Lewis Hamilton in the World Champion team.

Wolff told Kolner Express, “Lewis and Pascal would be an explosive mixture. What I want to avoid is the Alonso-Hamilton scenario [of 2007]. I will not go there.”

But the Mercedes team chief is not yet writing off the option, “If I had my Christmas wish, it would be for a year or two in a midfield team for [Wehrlein], Maybe we need to make a brave decision in the same way Nico has made a brave decision.”

Meanwhile a number of reports in Germany are suggesting that Hamilton is keen to keep Wehrlein out of the pit garage beside him next year, as he is wary of Wehrlein’s pace and the fact that no other driver has completed more mileage on the 2017 Pirelli tyre than the German.

This contradicts Hamilton’s opinion which he made clear when he said, “They can put any driver they want – bring Sebastian, Fernando, bring whoever you really want. I drove against Fernando in my first year and beat him, so that’s not a worry for me.”

“I am happy to drive against any of them. But in terms of what is best for the team, probably not the best ideas,” he added.

Apparently that’s now changed to “put any driver they want except Wehrlein” and clearly Bottas is favoured because of his experience and temperament, which will not rock the boat. He is a known quantity, now only time will tell if he actually gets the drive and then if he can match Hamilton on track.

With Wehrlein apparently marginalised, its becoming increasing likely that Williams will release Valtteri Bottas (for a hefty barter fee) allowing him to join Mercedes.

Toro Rosso chief Franz Tost, who is boss of Red Bull’s junior team, told Tiroler Tageszeitung, “No question this is a very difficult situation. A team that has won everything in the last few years is faced with the problem that the world champion resigns. It also happened at a very late stage and all the top drivers are already contracted.”

“Wehrlein a very good driver, but the expectation of a world champion team is, of course, quite different. Sooner or later, Wehrlein will be able to win, but it is still too early. I always say: A driver takes three years to fully understand Formula One.’

“Of course the pairing Hamilton and Wehrlein would be the simpler option. But we are talking about the constructor’s championship. This is about money, a lot of money. The question is: would the pairing destabilise the team,” added Tost who has managed the likes of Sebastian Vettel, Daniel Ricciardo, Max Verstappen and Carlos Sainz.

Wehrlein meanwhile playing down the situation, “The team knows I would love to drive for them, the tests I did were great. I cannot call them every day to say ‘what’s happening?’ I don’t want to be annoying.

“I’m there if they think I’m the right person for the team. I will do whatever I have to do and whatever is necessary to deliver. I just have to wait now,” added the 22 year old German.