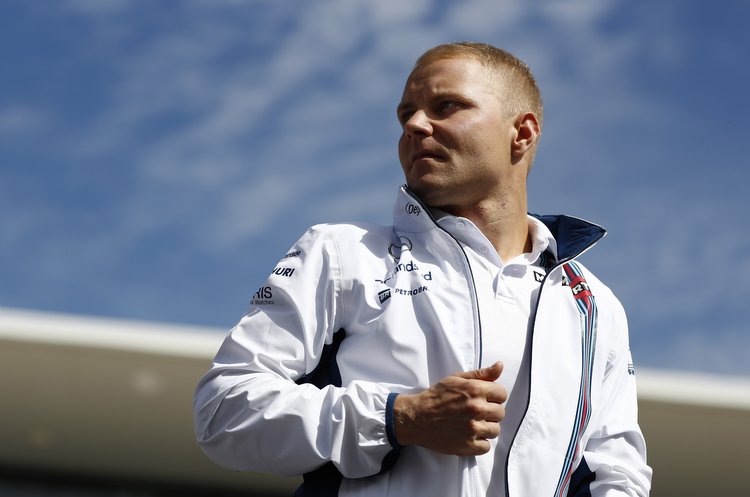 For Valtteri Bottas there was life before Nico Rosberg’s shock retirement and life after the German walked away from the sport which freed up the highly coveted Mercedes seat, one the Finn is favourite to secure.

Bottas has been under the radar since he became central to negotiations between Williams and Mercedes to allow him to join the World Champions, while fulfilling certain cast in stone contractual obligations.

But this past season Bottas has made no secret of his desire to drive for the Silver Arrows, “Who wouldn’t want to drive for Mercedes? At the moment that’s the fastest car. I have to prove that I deserve top spot in the team.”

During the Williams announcement in November, Bottas pointed out, “I still haven’t won a race in F1, that’s the only thing I’m after now. That’s the next step.”

It’s a no-brainer that Mercedes will give him far greater opportunities to achieve his long overdue dream than Williams, who have only won one race in over a decade.

After two years of finishing third in the Formula 1 constructors’ championship, the 2016 season was a poor one for Williams as they dropped to fifth and were beaten by Force India in the final standings.

Early on in the year a frustrated Bottas told reporters, “It is quite clear that I want to win, and at the moment that looks very difficult.”

He was still not happy in August, “We have not been 100% satisfied with the development in terms of improvements and upgrades for us as a team. Some of the other teams have out-developed us a little bit, which has now put us under pressure.”

More recently Bottas turned down Renault, who wanted him for a long term deal. He to stay with Williams for another year and hedge his bets, as he reportedly has a get out clause that could be triggered should Mercedes, Red Bull or Ferrari come calling.

Indeed there has been speculation that he could be Ferrari’s choice to replace Kimi Raikkonen who is most likely to retire at the end of 2017, while the Mercedes option has always been there should Rosberg or Hamilton decide to call it a day, which is exactly what transpired.

Rosberg’s departure from Mercedes has apparently triggered that get out clause and since then there has been a flurry of behind-the-scenes dealings to meet all the criteria, which includes pacifying sponsors and fulfilling certain obligations with acceptable alternatives.

In October before the new Williams deal was announced, Bottas said almost prophetically, “We’re going to need to wait a little bit to get things confirmed about what’s going to happen next year. I’ve had a great time with the team and we’ve had some good results.

“I feel like there could be something more to achieve, but let’s wait and see,” he added.

Sorry, there are no polls available at the moment.
Note: This poll first ran in April 2016.