Wolff: I wanted a place for Max at Mercedes but there was none 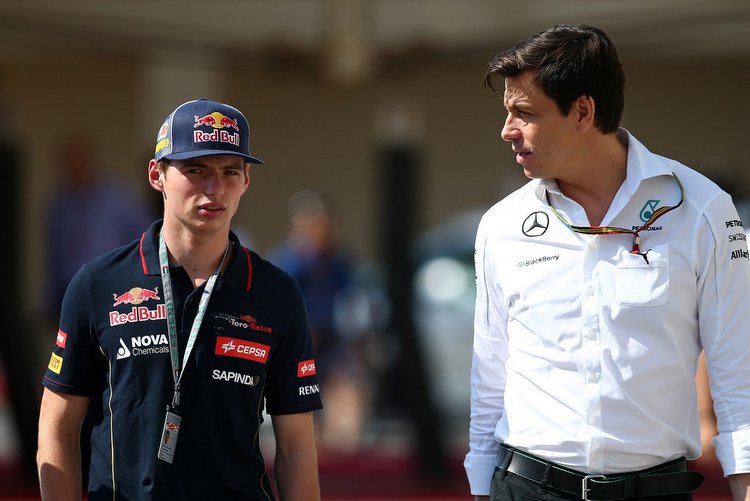 Mercedes F1 chief Toto Wolff has revealed how he was forced to let Max Verstappen go to Red Bull simply because there was no way the Silver Arrows organisation could accommodate the young Dutchman when he and his father Jos Verstappen came knocking.

Wolf told the Express newspaper, “He was an exceptional kid in karts. Then he won in the Formula Three championship against all odds with an inferior car. Esteban Ocon [now Mercedes young driver programme member] was his opponent then – that says a lot.”

“But yes, the real test is F1 – and now we see the result. But we simply had no availability for him, so Red Bull was his best option. We are not disappointed with anything in the past. I was very conscious about him.”

“I wanted to find him a place, but with Lewis Hamilton and Nico Rosberg we had the perfect driver pairing, so there was the logical thing, to stay with those two,” mused Wolff.

In contrast Red Bull jumped in where Mercedes were reluctant to tread and fast tracked the Dutch teenager into their junior driver programme by funding the second half of his 2014 F3 season and handing him a Toro Rosso drive in 2015.

Against the odds and defying many skeptics, Verstappen rose to the occasion and by May this year they promoted him to the Red Bull team in place of Daniil Kvyat… and the rest is now history.

Wolff is not bitter that he missed out on the sport’s brightest prospect, instead hails the advent of a new generation of driver whose talents have carved their way to the door of Formula 1 thanks to special junior driver programmes.

The Mercedes chief pointed out, “Maybe there is now a generation coming up that is different,. There was a time when money paved your way into F1, but that seems to be different now, as not only Red Bull have a junior program.”

“We have also picked it up and now I see five or six youngsters coming up who are ballsy – and my guess is that in the near future we will have a range of young drivers that will be exceptional,” added Wolff.

Indeed Mercedes have nurtured and financed the careers of Pascal Wehrlein and Esteban Ocon who both made their Formula 1 forays with Manor. Ocon has impressed enough to be signed by Force India.

Ironically the World Champion team are stalling on making a decision to replace retired Nico Rosberg, senior management not sure that Wehrlein is ready to step up to be Lewis Hamilton’ teammate. Report here>>>