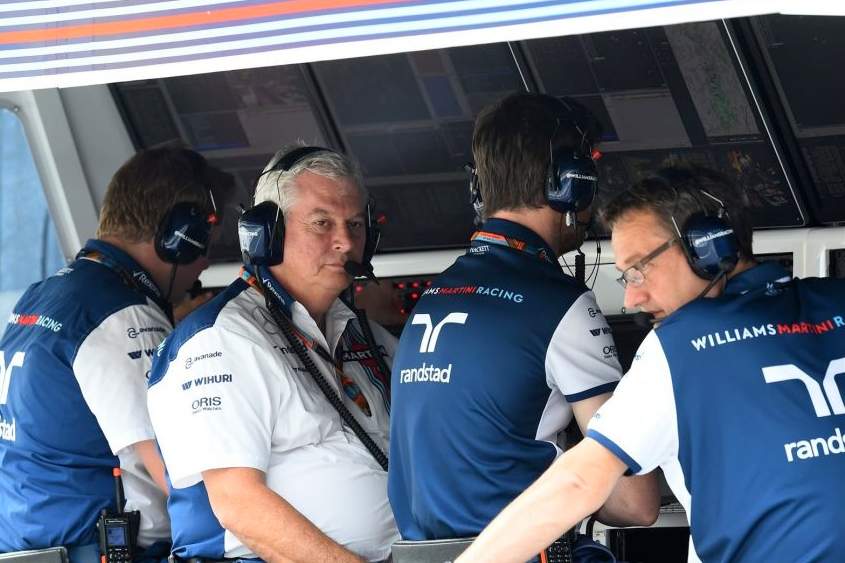 During his first full season with Williams, the Grove outfit finished third in the 2014 Formula 1 World Championship and repeated the result in the 2015 season.

This year the team struggled to match the pace setters and slipped to fifth in the table, behind Force India.

Symonds, who is 63, is reportedly set to be replaced by Mercedes technical chief Paddy Lowe, who is expected to slot into a senior role within the team.

Claire Williams, Deputy Team Principal, said, “Pat has been a tremendous asset to this team over the past three years. Pat’s appointment was the start of a major restructuring exercise, and he has been pivotal in reshaping Williams into what is a much stronger racing team today.”

“I would like to thank him for all of his hard work and commitment during that time. We now look to the future and will be announcing details regarding the team’s technical leadership in due course.”

In an F1 career spanning more than 30 years, Symonds’ greatest successes (seven world titles and more than 30 GP victories) have been with the Benetton and Renault teams, for whom he fulfilled the roles of technical director and executive director of engineering.

He’s also worked with some of F1’s legendary drivers – Ayrton Senna, Michael Schumacher and Fernando Alonso, among others – and he’s nurtured some of the sport’s brightest engineers.

His career was tarnished due to his role in the ‘Crashgate’ scandal when Nelson Piquet, Jr. claimed Symonds asked him to deliberately crash at the 2008 Singapore Grand Prix in order to manufacture a situation which would assist team-mate Fernando Alonso to win the race.

Symonds was subsequently suspended from F1 events for 5 years after expressing his “eternal regret and shame” to the FIA World Motor Sport Council.

However, his ban was overturned by the French Tribunal de Grande Instance on 5 January 2010, and he was also paid €5,000 in compensation.

In April, he and Briatore reached an out-of-court settlement with the FIA where he could return to F1 in 2013 but may be a consultant to a current Formula 1 team in the meantime.

In August 2013 he joined Williams as Chief Technical Officer and has played a key role in the development of the Williams Mercedes FW36.

The FW37, the team’s 2014 challenger, was the first Williams car Pat worked on from its first inception through to the start line in Australia.