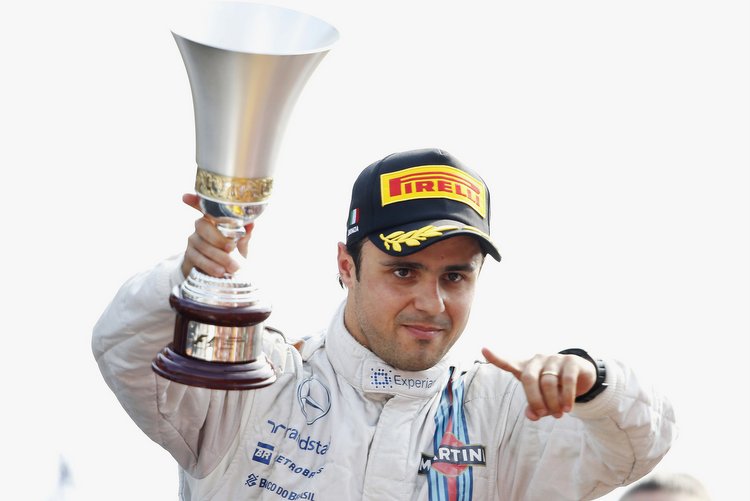 Felipe Massa’s retirement from Formula 1 could go down as one of the shortest ever – less than a month – as we have learned that the veteran Brazilian has signed a deal to remain with Williams for another year, allowing Valtteri Bottas to replace Nico Rosberg at Mercedes.

Sources in Brazil indicate that Massa signed a one year €6-million deal offered by Williams on Monday, 19 December, which means he will line-up on the grid at the season opener in Melbourne as teammate to Canadian teenager Lance Stroll.

To release Bottas, for an engine barter fee said to be between €10 to €12 million, Williams needed to sign an experienced driver for a number of reasons.

One of them being Martini’s title sponsorship. The brand is not allowed to use athletes or entertainers for promotional activities who are under the age of 25 as per law in several countries – including the UK.

Thus having 18 year old Stroll alongside another young driver or rookie would mean that the main sponsor of the team could not use either of the two drivers for publicity purposes.

Furthermore it is believed that Stroll’s deal with Williams, bankrolled by his billionaire father Lawrence Stroll, stipulates an experienced drive be the youngster’s teammate for mentoring purposes. Massa ticks both boxes.

It is believed that Massa’s extension remains provisional and will only be confirmed when (and if) Mercedes conclude and confirm a contract with Bottas.

On Monday, Mercedes team chairman Niki Lauda made it clear that Mercedes are still pondering which route to go with regards to their second driver, “We expected to make a quicker decision, but the discussions proved difficult.”

“There are two scenarios: either we get a young guy like Wehrlein, who could be a Verstappen of the future or not, or we get an experienced guy, but we’re still deciding, there are a lot of discussions,” added Lauda.

The Austrian F1 legend also hinted that the decision to confirm Lewis Hamilton’s teammate could drag into late January.

Meanwhile, in the wake of today’s announcement that Pat Symonds is quitting Williams, it is becoming increasingly apparent that Mercedes technical chief Paddy Lowe is set to leave the World Champion team to join the Grove outfit.

To sweeten the Bottas deal for Williams, Mercedes is prepared to waiver Lowe’s ‘gardening leave’ requirement as per his contract with the team.