Hamilton: I felt quite disrespected 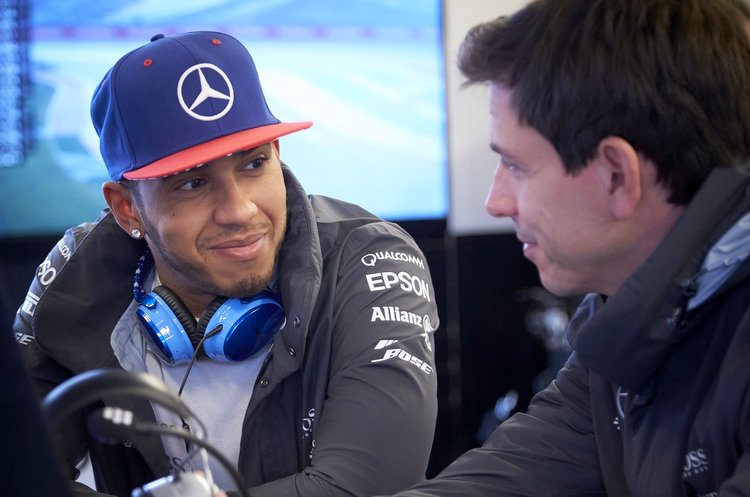 Immediately after the Abu Dhabi Grand Prix, Mercedes team chief Toto Wolff declared that Lewis Hamilton’s tactics during the race amounted to “anarchy” and that the triple Formula 1 World Champion could face internal consequences for his actions.

Now almost a month since the Duel in the Desert, Hamilton has spoken out for the first time about the disrespect he felt he was shown on the night after the race.

Hamilton told Channel 4, “That was one of many uncomfortable moments of the year. Ultimately, seeing what had been said afterwards, I felt quite disrespected by the individuals who had spoken. You definitely don’t expect that from those who are in charge of so many people.”

On the night, at Yas Marina Circuit, Hamilton did all he could to back his teammate and title rival Nico Rosberg into the chasing pack. It was the Briton’s final card to play in the decisive season finale.

He slowed down drastically in an attempt to trip up Rosberg, who had Ferrari”s Sebastian Vettel and Red Bull’s Max Verstappen behind him and chasing hard. It was riveting stuff that had fans on the edge of their seats both at the track and in their homes watching on television.

The ploy nearly worked, only Rosberg’s tenacity and shrewd driving kept him in second place which in the end was enough for the German to claim his first World Championship title by a mere five points from Hamilton.

Immediately after the race during the post-race press conference Rosberg hailed Hamilton’s tactic, describing them as “perfect” for the occasion, but his boss Wolff was seething and made it quite clear he was not impressed by Hamilton’s actions which included refusal to obey instructions from the team’s technical boss Paddy Lowe to up the pace.

Since then Wolff’s stance has softened to the point that no action will be taken against Hamilton, and the team chief admitting that maybe the wrong calls were made from the pit-wall that night. The pair have since posted images of their “kitchen truce” report here>>> and assured everyone that there is love and peace within the team again.

Nevertheless there are still some things that bug Hamilton in the aftermath of the season….

After his DNF in Malaysia while leading comfortably, Hamilton made it clear to all and sundry that he was getting far too many failures, intentionally adding fuel to conspiracy theories that have always abounded regarding his rivalry with Rosberg.

Clearly Hamilton is still aggrieved about the situation as he told Channel 4, “When you have something in your head, it’s there. You think it can’t be a coincidence that all these things have happened.”

He also continued to grumble about the unusual crew swap which took place after last year’s United States. Whereby the team decided to move Hamilton’s title winning crew to Rosberg’s side of the garage and vice versa. Thereafter Rosberg went on to win the final three races of 2015 and also won the first four races of this season.

Clearly another issue that still bugs Hamilton, “Before next season, I’m going to say to Toto, ‘I don’t want these guys to be changed. Please just leave us to do our job.’ I want to keep them all. There’s not a single person who needs to leave.”