Vandoorne: Number two has positive memories for me 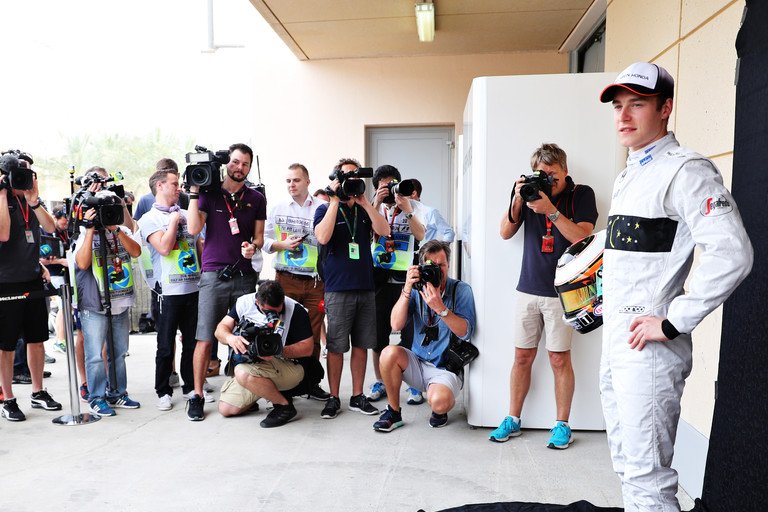 Number two is not one that is coveted by racing drivers, it signifies the first of the losers to many, but not Stoffel Vandoorne who has chosen the number to be pasted onto his McLaren for his rookie season next year.

Vandoorne explained his choice, “I chose it because it was the first number I had when I started racing in single-seaters, in the Formula 4 Eurocup 1.6, back in 2010. I didn’t choose the number, it was just given to me, but it was a good year for me – I had a lot of victories and a lot of podiums – so it has positive memories for me.”

The 24 year old Belgian will be Fernando Alonso’s teammate in the Honda powered team. He has al;ready made his grand Prix debut when he substituted from the Spaniard in Bahrain earlier this year.

But he now has a permanent spot on the grid, a fact he relishes, “Everything I’ve done up until now has been about preparing for next season. It’s still a very long way away, and there are still a lot of things to go through before I get in the new car for the first time, but once we’re back after Christmas and New Year, things will start to move very quickly. I can’t wait to get in the car to begin winter testing.”

“I think next year’s cars are going to be a bit more challenging to drive, because the aero and new tyres should make them a couple of seconds quicker per lap than the current cars. They’ll be physically tougher – so I’ll be working with my trainer: we’re going on a few winter training camps to get myself as well prepared as possible for the first test.”

“It’s still a bit difficult to know exactly what to expect – we don’t yet know how tough these new cars will be – but I think that’s good. When things get difficult for everybody, that can make a bigger difference. So let’s see. ”

“The biggest challenge will be training the neck – it’s the hardest muscle to train; it’s difficult to simulate the g-forces. And, no matter how much you train during the winter, at the end of the first day back in the car after the Christmas break, you always end up feeling knackered.”

“The season as a whole will be the highlight, of course. But, in terms of races, there will be Spa-Francorchamps – my home grand prix and my favourite track. It will also be the first time I’ll race there in Formula 1, and I know there’ll be a lot of fans and members of my family there too – I’m really looking forward to i,” concluded Vandoorne.