Vandoorne: I do not know what to expect 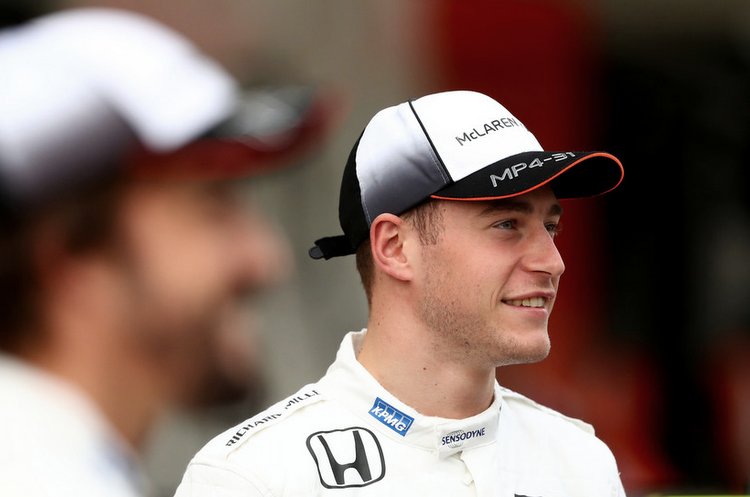 McLaren driver Stoffel Vandoorne made his grand prix debut in Bahrain earlier this year, but despite this he does not know what to expect when he starts his full season at the pinnacle of the sport alongside teammate Fernando Alonso.

Asked what would be his target for 2017, Vandoorne told F1i: “World champion? Is that OK?!”

“It’s the first time I go into a season not knowing really know what to expect because there’s so many things that you don’t really have in your own hands.”

“Whereas in the junior formulas you know everybody has the same car and the only thing you really have to focus on is building the team around you, making sure the car suits you and then doing better than the rest, then you can win the championship.”

“It’s the first time I go into a season without really knowing what to expect, so I’m just trying to focus on every detail with the team. I’m making sure we’re not forgetting things, on my side I’m pushing hard on the simulator and making sure I make no mistakes, operationally I try do everything right and then we’ll have to wait and see what the results are.”

Apart from his point scoring debut at the Bahrain Grand Prix, Vandoorne kept sharp racing in the highly competitive Super Formula in Japan, driving for the Honda aligned Dandelion team.

The Belgian ace believes the experience was good for his development as a driver, “How they operate and how they set up the car is quite a bit different to what I’ve been used to in Europe, but it was good for me to experience that.”

“I had to do a lot of the work as well, being there, while in Europe you have a very professional team, which can show you exactly what you have to do, what is going on with the car. It was good to push the team forward and learn from their culture.”

Vandoorne won two races and finished fourth in the championship – impressive for a rookie in Japan’s premier single-seater series.

“Nobody was really expecting me to win anything.” I think it’s been a good season, with some ups and downs… we won two races, we had a pole position and we had a podium, and we had some tough races as well.”

“But it’s been good to understand another car and to work with some Japanese people as well, which I’m going to have to do a bit more [in Formula 1] next year as well.”

“Also to keep racing, keeping fit, keeping sharp and to still have that thinking process about how to make the car better, so it was good for me to have that programme,” added Vandoorne.