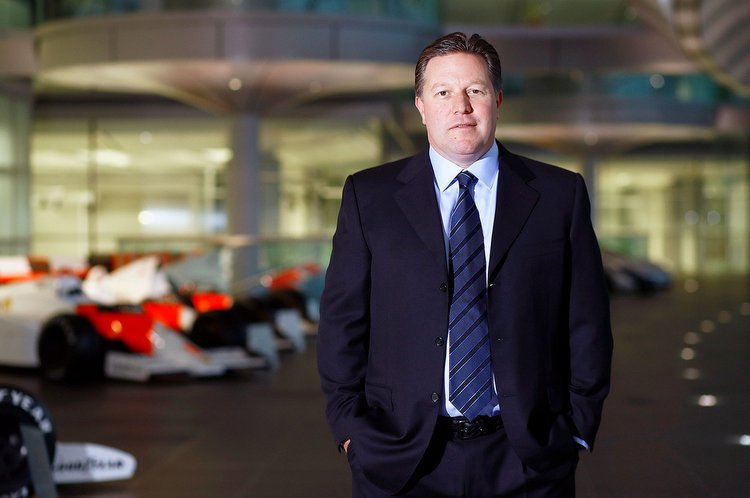 McLaren’s newly appointed executive director Zak Brown is bullish about his team’s chances in 2017 after a well below par season past,

The sports second most successful team, with 182 grand prix victories to their credit, will roll out the MP4-32 for veteran Fernando Alonso and rookie Stoffel Vandoorne next season.

Brown told Sky Sports, “Everyone is very excited. I’ve been walked through the car in detail, and now seen all the reports from this year’s car and where they have found areas of improvement, so everyone is feeling very bullish going into next year.”

Much was expected of the McLaren-Honda reunification, but the combo have struggled to assert themselves as a force in the sport’s turbo hybrid power unit era.

However Brown sees the positives,”[The team] showed great progress this year. The last couple of years have been difficult, but this year they had a good race car. Honda is putting out some good power and if we can make the same leap from 2015 to 2016 to ’16 to ’17, we are well on our way.”

On joining the team Brown, an acknowledged F1 marketing guru, said, “There’s lots of space on the McLaren race car that needs filling with top luxury brands. A title sponsor will help propel you forward. We need partners and ultimately a title partner is a critical partner.”

McLaren boasted the likes of Vodafone, West and Marlboro for long periods in their history, but since then the team has lost many of their long time backers and have not had a title sponsor since Vodafone disappeared from the side-pods of their cars.

Brown revealed, “I’m in talks with lots of people, 2017 is not realistic but 2018 is not far away by any stretch, so we’re going to focus on big companies, brands, like-minded companies and we certainly have some great conversations, but early conversations.”

Mclaren made their Formula 1 debut at the 1966 Monaco Grand Prix and since then have entered 804 races, and have won eight constructors’  and 12 drivers’ world championship titles.