Note from the Editor: Historic Formula 1 cars are beautiful, for many fans of the sport they conjure memories of youth when we feel in love with the sport which ultimately makes us the aficionados that we are today.

There is a thriving historic Formula 1 community, racing on a regular basis in cars that are legendary icons of the sport, thus it is appropriate that we start featuring these races on our Formula 1 exclusive website.

We will report on the races that feature great cars such as Ligier, Tyrrell, Arrows, Brabham, Shadow, March and many more are now extinct in the modern era, but still do get dusted off and raced in anger on regular basis, as well as older models from Ferrari, McLaren and Williams who are still plying their trade at the pinnacle of the sport.

We are fortunate to have tapped into the work of Trevor Noble, an ardent racing fan with a soft spot for historic racing who combines photography with his passion. He covered several classic events in the past year and we have made him an offer he can’t refuse to release these during the off-season.

Here we start with the Masters Festival at Zolder, in April this year, which kick starts what we intend to be regular news on classic/historic F1 racing. Enjoy! 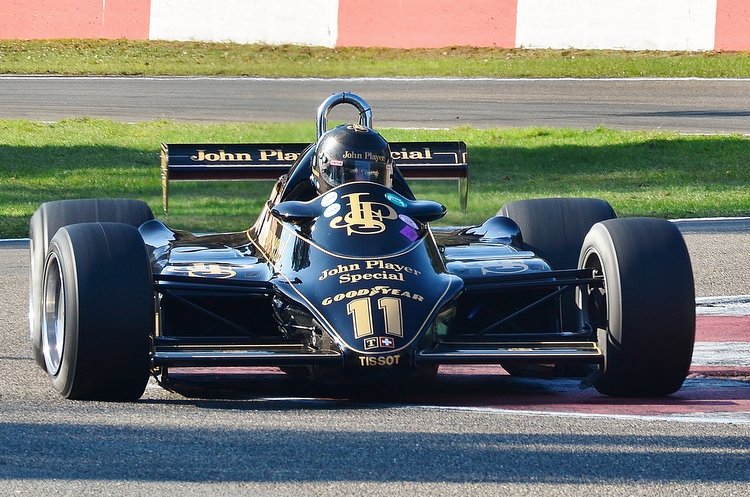 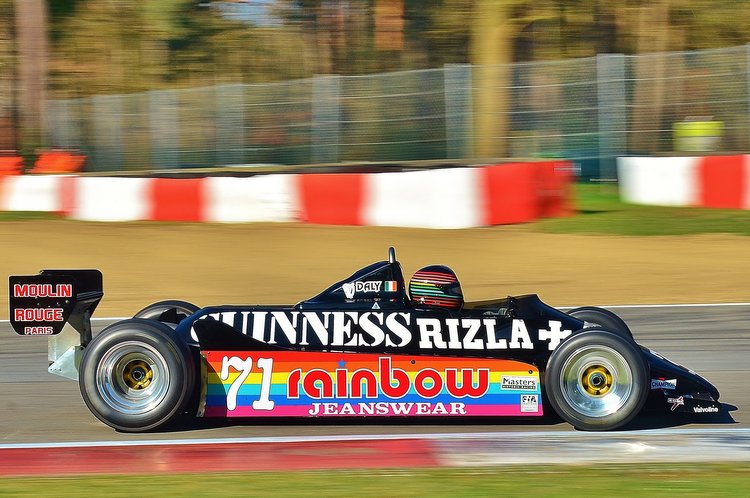 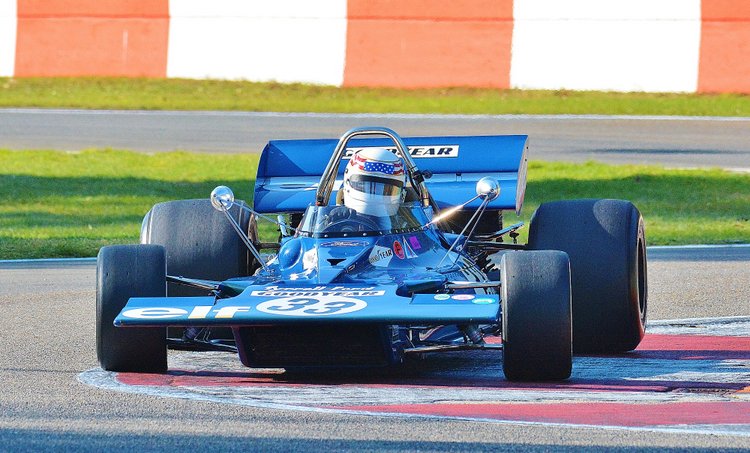 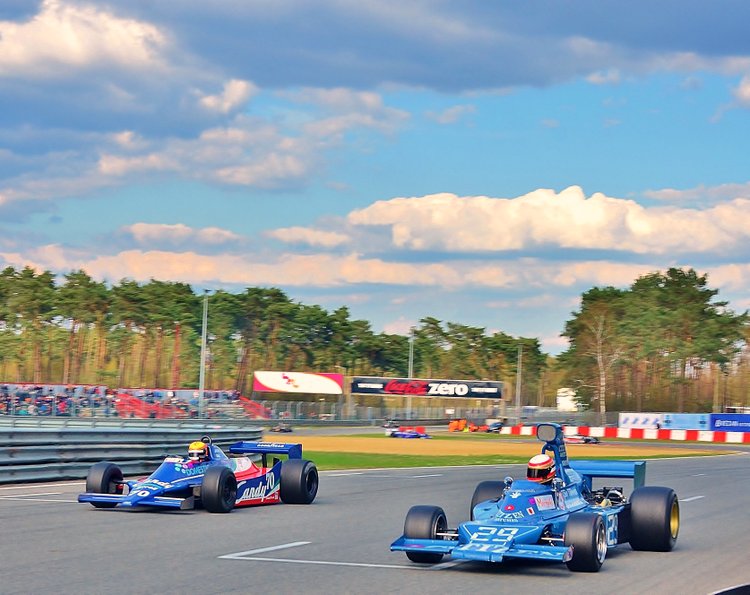 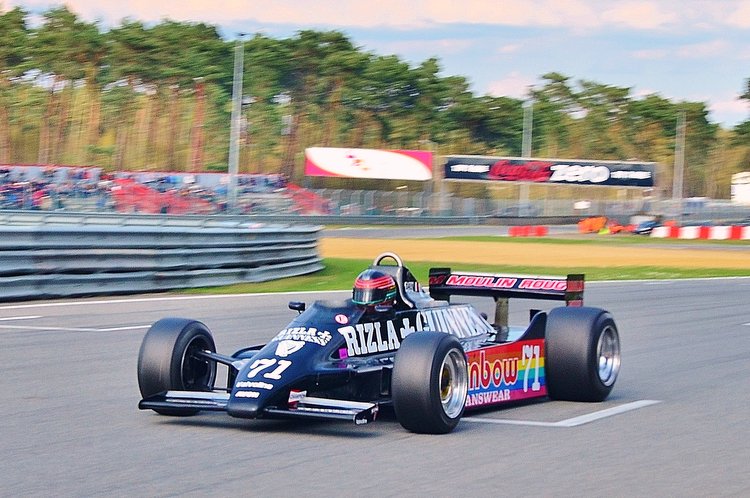 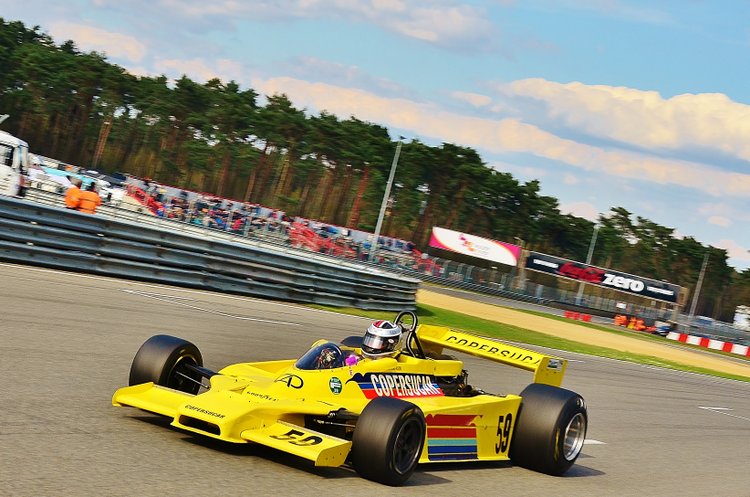 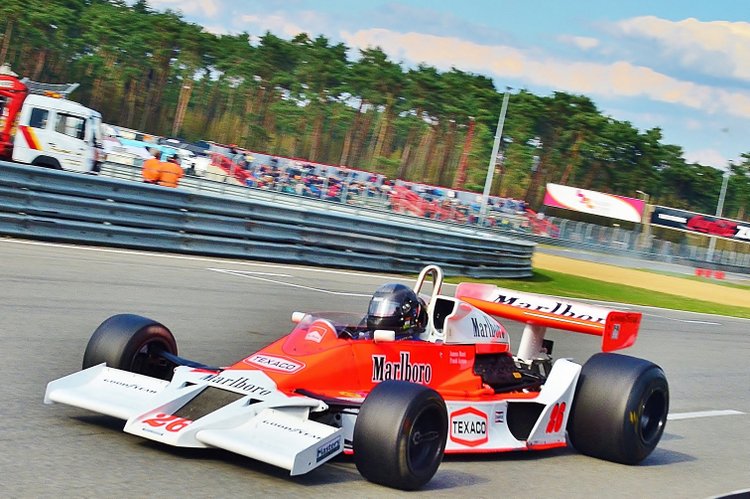 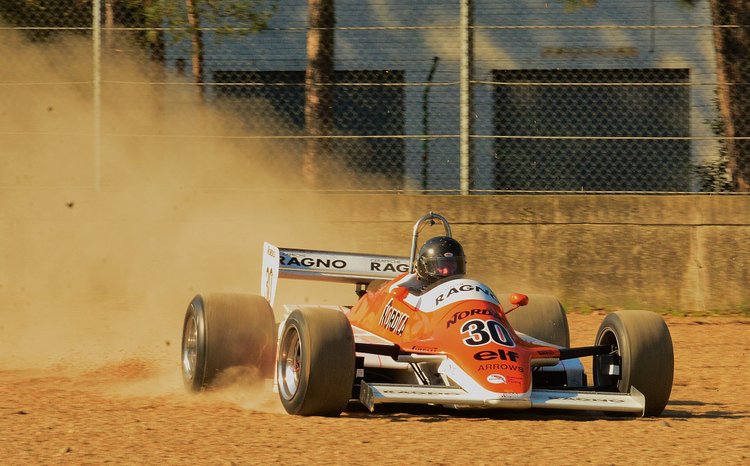 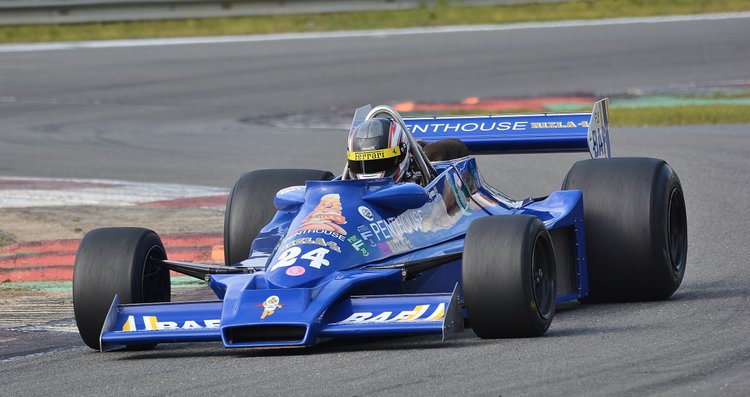 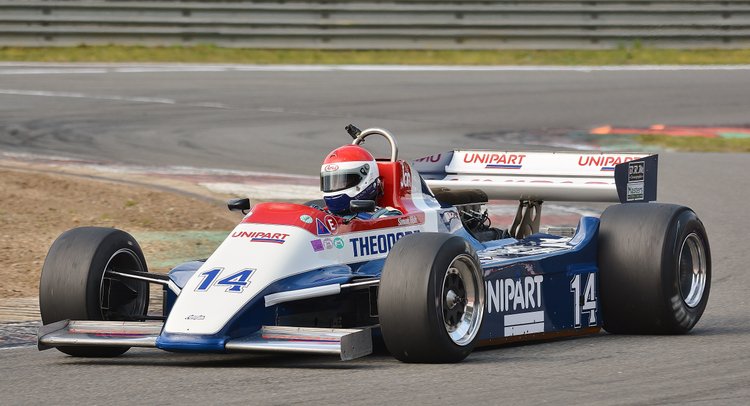 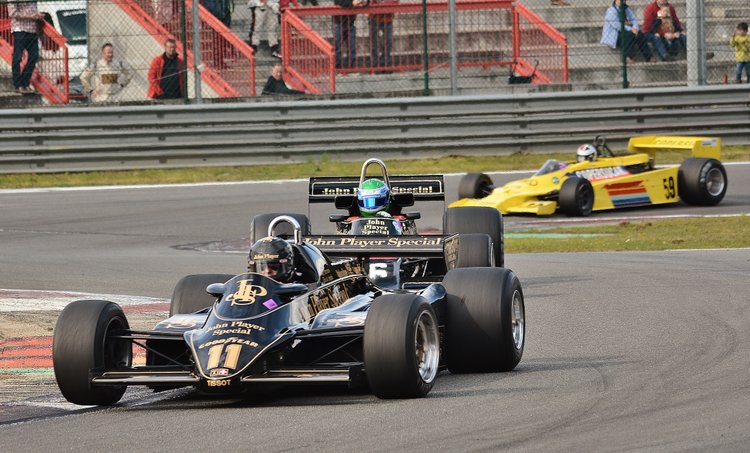 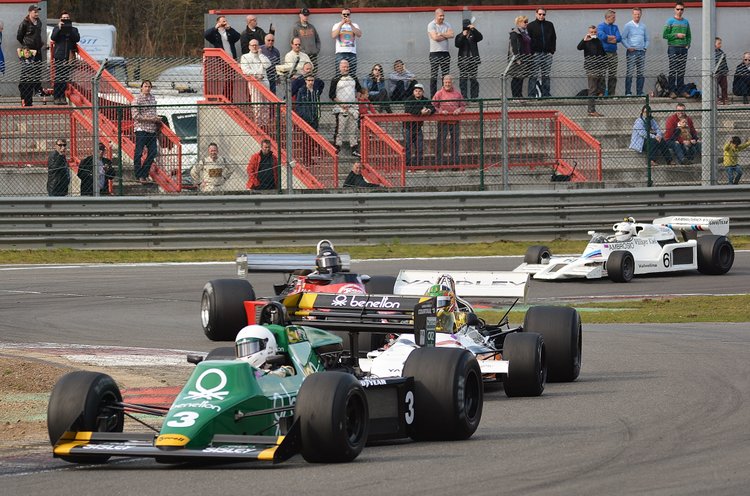 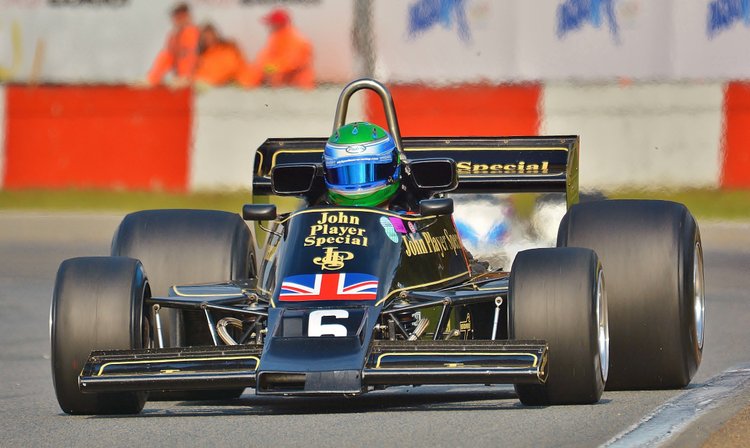 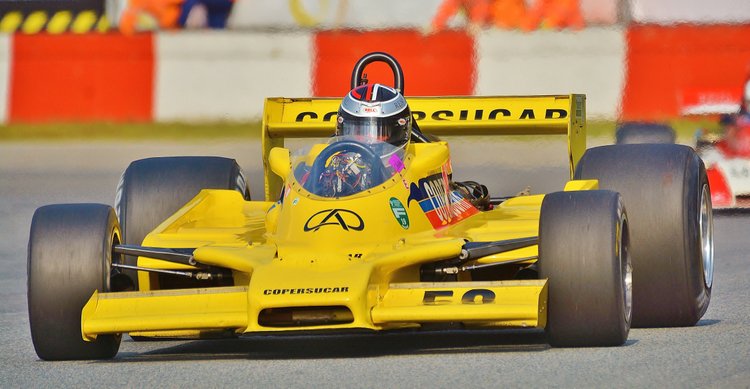 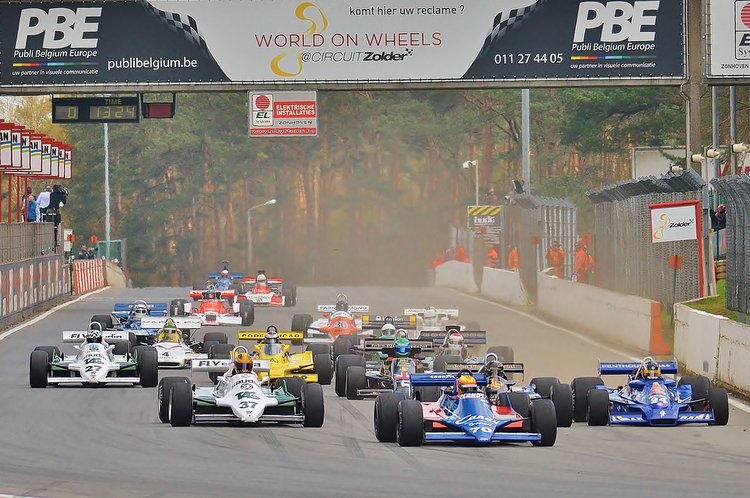 To the delight of his home crowd, Loic Deman was untouchable in the first of two FIA Masters Historic Formula One races at Zolder.

Starting from pole, the Belgian’s Tyrrell 010 was never led in the 17-lap race as Deman built a gap of six seconds over Michael Lyons (Hesketh 308E) before easing off to a winning margin of 3.7 seconds. Greg Thornton was a close third in his Lotus 91. Lyons was the first of the pre-78 cars across the line, heading Nick Padmore’s Lotus 77, which came fourth overall.

While Deman converted his pole position into a comfortable lead into the first corner, Michael Lyons dived past Thornton for second place as they scrabbled into the first corner. Belgian Alain Plasch (Fittipaldi F5A) made a stormer of a start to climb from ninth to fifth, while Padmore got the jump on Simon Fish (Ensign N180) and Christophe d’Ansembourg (Williams FW07C) for fourth place.

Deman and Lyons had pulled clear of Thornton and Padmore, who were in an intra-Lotus battle for third place. By lap seven, Deman led Lyons by 3.5 seconds, with Thornton a further three seconds adrift. Padmore in fourth was gradually falling back from Thornton.

“It wasn’t too difficult,” said Deman. “I tried to make a good start and then push to build a gap. I wanted to try to keep it at five seconds over Michael. The car was really good but you have to look after your brakes here but they were still OK at the end so I am really pleased.”

There was lots of fun behind with Christophe d’Ansembourg (Williams FW07C) and Steve Hartley (Arrows A4) battling hard for fifth, the two swapping places twice after they had both done with a quick-starting Alain Plasch. Katsu Kubota (Lotus 72) also passed Plasch for seventh, and had the Stewart class to himself after John Delane retired on lap one with a car that was impossible to steer with the steering bushes too tight.

Like on Saturday, Deman was cleanly away at the start but behind him Lyons, d’Ansembourg and Greg Thornton (Lotus 91) all wanted to be in second place into the first corner. Thornton won out, while Lyons had to tuck in and be satisfied with fourth place. In the 16-car field, they were followed by Padmore, Alain Plasch (Fittipaldi F5A), Joaquin Folch (McLaren M19C) and Ian Simmonds (Tyrrell 012).

Three corners further, Marc Devis’ race was over when he parked his troublesome Maki in one of the escape roads, while the opening lap ended with Mike Wrigley (Williams FW07) and Katsu Kubota (Lotus 72) back into the pits. Wrigley was out, but after the dust from his throttle slides was cleared Kubota returned to the track on lap nine.

Deman built a lead of 3.5 seconds, setting fastest lap on lap six, but Thornton had a joker up his sleeve: he had bolted on a set of fresh tyres, and on lap eight, he set fastest lap himself to bring down the gap to two seconds. One lap later, however, Thornton pushed too hard, went wide into turn one and ran through the gravel trap.

Behind Deman – who won with a 12-second lead – the three-car battle for second place raged until the chequered flag. It was only near the end that Christophe d’Ansembourg managed to break free. Lyons and Padmore in their private battle for pre-78 spoils ran nose-to-tail all race, and eventually finished two seconds behind d’Ansembourg.