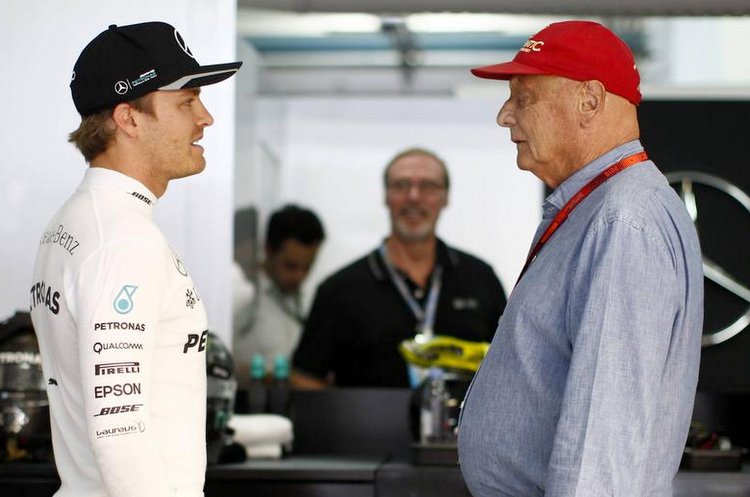 Lauda has made no secret of his displeasure regarding Rosberg’s sudden decision to quit the sport, and told Die Welt, “This has created a huge hole in the workings of this great team. And we have been left looking dumb.”

“What annoys me the most is that now Nico is telling the world that he would have continued had he not won the world championship.”

“This is something he could have at least hinted at when he signed his contract. In this case, we could have prepared a Plan-B, so we would have been ready no matter what happened. But it is what it is…”

“We gave him the opportunity to become world champion in a fantastic car — and then he tells us he wants to retire,” added Lauda who he himself shocked the Formula 1 world when he retired suddenly during practice for the 1979 Canadian Grand Prix.

At the time Lauda informed Brabham that he wished to retire immediately, as he had no desire to “drive around in circles” any more. He went off to start his airline, before returning in 1982 for another stint in Formula 1.