Briatore: Alonso will not be in a Mercedes in 2017 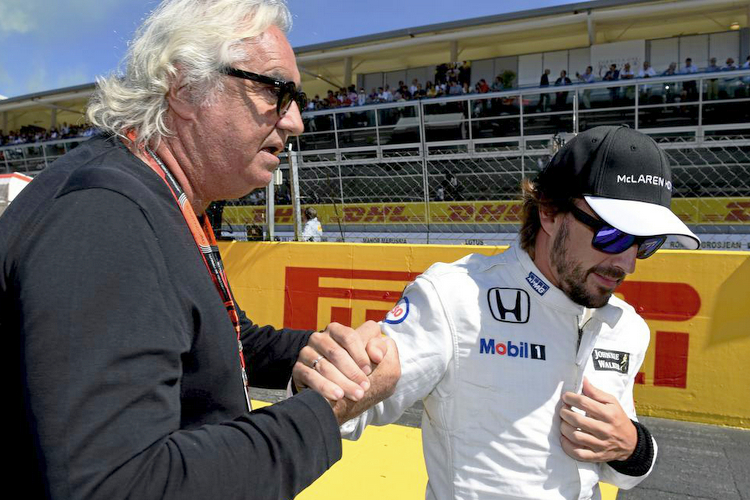 Formula 1 fans are calling for Mercedes to hire Fernando Alonso to replace Nico Rosberg, while team chief Toto Wolff has admitted that the Spaniard has to be considered, but long time mentor and manager Flavio Briatore claims the double world champion is staying with McLaren.

Briatore, who knows Alonso better than most, told Gazzetta dello Sport, “Fernando Alonso will not be in a Mercedes in 2017.”

The Italian businessman is a long-time manager of Alonso, the pair led Renault to F1 world titles in 2005 and 2006 and have remained close ever since.

“Granted, people always think of Fernando when a top car is free. But we have a contract and we will respect that,” explained Briatore with reference to Alonso’s deal with McLaren.

Confirming the situation recently, McLaren boss Zak Brown told Sky Sports, “We have a contract with Fernando and he is very happy.”

Briatore also took the opportunity to clear up the circumstances of Alonso’s departure from Ferrari at the end of the 2014 season, when he supposedly still had a contract with the Maranello squad until the end of 2015.

“The situation at the time was such that we had an agreement with Ferrari President Luca Montezemolo, that if Fernando should not win the world title in 2014, he would be free to leave. And Luca stood by his word.”

“Marco Mattiacci, who was [Ferrari team principal at the time] offered us a new three-year contract, but we refused it,” revealed Briatore.