Wolff: We need to make a brave decision 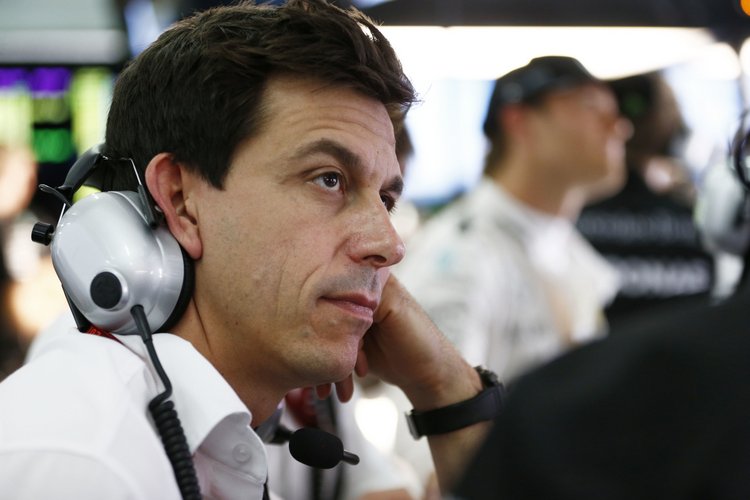 Mercedes team chief Toto Wolff admits that Nico Rosberg’s decision to quit after winning his first F1 World Championship title impacted him emotionally and also left a big gap in the team which they are now looking to fill as soon as possible.

Speaking to Sky Sports, Wolff said, “Maybe we need to make a brave decision in the same way Nico has made a brave decision. We need the quickest guy who makes the least mistakes and understands that this is a team game.”

Thee brave decision would be to promote Pascal Wehrlein, who has been groomed by Mercedes for this exact moment. The 22 year old young says he is ready for the promotion, which Wolff acknowledges is the attitude he expects from an ambitious driver.

Wehrlein made his Formula 1 debut with Manor this season where he has impressed, but was overlooked when Force India were needing a driver to replace Renault-bound Nico Hulkenberg.

The Vijay Mallya owned team opted for Mercedes’ other junior driver Esteban Ocon. It appeared a strange decision at the time, but word from a source close to the Force India team suggested that Wehrlein’s attitude left much to be desired when he tested for them.

Wehrlein, who as it stands now is without a drive for next season, is a graduate from Mercedes’ junior programme who made his way via the DTM series where he was champion. He scored Manor’s only point of the 2016 season in what was a solid F1 rookie season.

“Sometimes in life things turn out differently than you expected,” mused Wolff. “I think in terms of performance, both have had great races in the past, had solid performances with Manor, and they deserve a future in Formula 1. Therefore I consider both of them as future stars.”

Valtteri Bottas, who has been mentored and managed by Wolff since his junior days before Formula 1, is another serious option for the World Champions.

The problem is that the Finn is tied into Williams, but pundits believe that it is a contract that can be moulded to favour Williams financially by the way of Mercedes engine discounts and possibly Wehrlein thrown in to sweeten the deal.

But Wolff is wary of such a deal, “Besides the personal relationship, where he’s a very likeable and intelligent driver, he’s also somebody who is very, very fast. But he’s with Williams now, the lead driver, and is very important for the combination with Lance Stroll. Claire [Williams] and her team very much rely on him.”

In Rosberg and Lewis Hamilton the team had one of the best driver line-ups on the grid. They also pushed it other to the limit, which in turn resulted in the pair raising their game on an ongoing basis.

Wolff is adamant that a similar situation is the goal in their quest for a driver to fill the most coveted cockpit in the sport.

“It is about out and out pace. Mistakes are a different topic. Only on very few occasions have we seen Lewis or Nico making a mistake or colliding. More than 90 per cent of the races we’ve been able to score maximum points, so that is a consideration,” revealed Wolff.

“Then the out and out pace in order to challenge Lewis and grow the general performance within the team. We need somebody that goes lightning fast. To combine all those three factors is what Nico has been able to do over the years.”

“We will not change the philosophy. We want to have two drivers with equal opportunities that can race each other, because I think we owe that to the fans and ourselves. It’s the way we want racing to happen.”

As for Rosberg’s decision to quit, Wolff admits to it being an “emotional” moment and added, “He will leave a very big gap because he was not only a very fast driver, but he was able to push Lewis.”

“They pushed each other and were therefore really able to perform well and score our goals for victories. On a bad day for Lewis, Nico was able to pull out great performances and vice versa.”

“His technical ability in giving us directions being part of the development work of the car, that’s a part we are going to greatly miss. Whoever is going to replace Nico needs to fill those big shoes,” concluded the Mercedes chief.