Valentino: Toto Wolff has my number 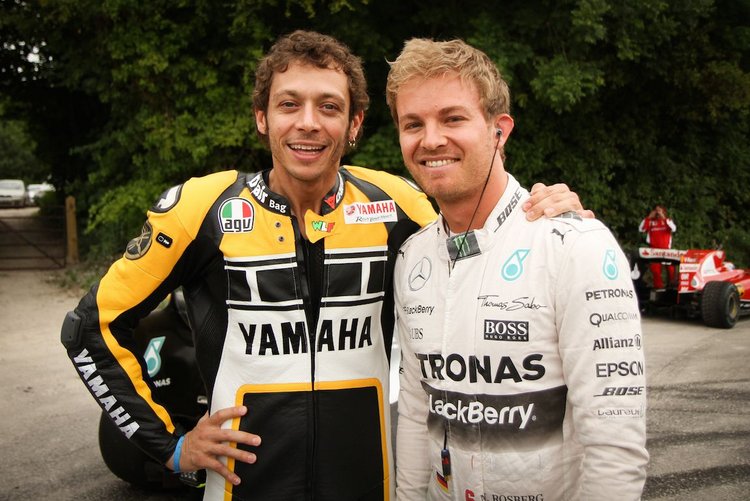 The news of Nico Rosberg’s decision to quit Formula 1 shocked the world of motorsport, even MotoGP legend Valentino Rossi was taken aback by the news, but cheekily threw his hat into the ring for the most coveted drive on the grid with Mercedes.

Speaking to journalists during a rally in Italy, Rossi admitted, “It was a shock, partly because I speak with Nico often, especially when he wins races. I think that it is a decision that must be respected because it is a strictly personal choice.”

Rossi also believes that Lewis Hamilton, Rosberg’s rival for over two decades, would miss the challenge, “I don’t think he is happy about it. There has always been a big rivalry between them. I think he is disappointed.”

Asked if he would fancy the Mercedes drive, “I’ll go race, although I’m afraid I’m not good enough.”

And added cheekily, “Toto Wolff has my number.”

The Italian is no stranger to Formula 1, he last tested a 2008-spec Ferrari using GP2 tyres in 2010 at Barcelona. That day Rossi got within 0.1 of a second of Kimi Raikkonen’s 2008 pole position time.