Rosberg: I bought a go-kart in the winter 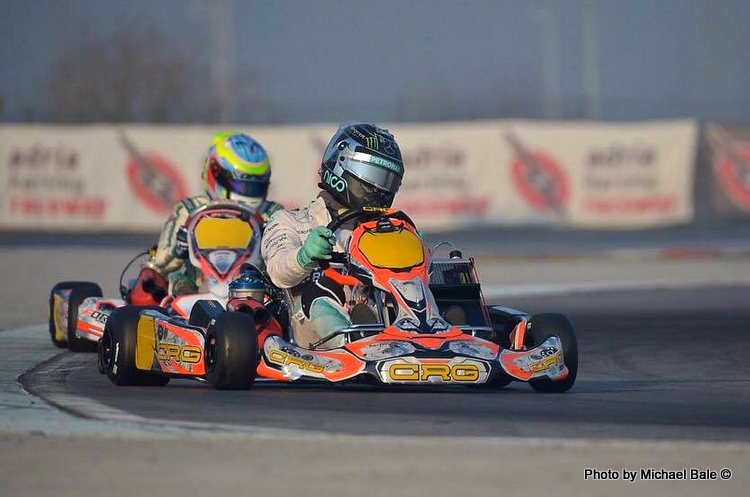 It is no secret that in the current era of Formula 1 drivers are afforded very limited track time, to counter this fact newly crowned World Champion Nico Rosberg bought himself a kart and pounded out laps at tracks he raced at in his youth.

Rosberg revealed, “I bought a go-kart in the winter and have just been driving and driving and driving, because we don’t drive much out there. I was sure that I could practice my skill and improve that little bit more if I’m out there driving something all the time.”

“Again, that was days away from home, but I’m as good now as when I was driving for the championship when I was 14! That’s how much I drove. I think that made a difference as well, and that’s just some examples of how I gave it everything and didn’t leave a stone unturned. I’m very, very happy that that worked out.”

A few days before he shocked the world with his retirement announcement, the Mercedes driver said, “This year was the best I can be. In preparation and everything, I put everything into it. To give you some examples to understand, since Austin last year I started to work very closely with a mental trainer and went into meditation and things like that also. I made massive progress as a result and it was just finding those extra little percentages to perform even better.”

“Mental training is difficult because it’s something you need to persevere with, every morning and every evening, it’s just on and on otherwise there is no point. Without that person who was supporting me – he has his part in this as well – that provided phenomenal progress for me to discover that and improve in that area.”

“I pushed like crazy in all directions. I want to thank everyone who was involved, my family … a lot of sacrifices. My wife, for example, at home; every time I was home, she understood that I needed to rest so I never did any nights, I didn’t have to take after my daughter. Didn’t do any nights, didn’t do any difficult things, she was always there to support and make everything possible.

“That’s one example of the commitment we all put into it. I’ve achieved this childhood dream, and I’m not willing to do that sort of commitment for another year, and I’m not interested in coming fourth or whatever. I’m a fighter, and I want to win. So I’m not interested to do that again, so I’ve decided to follow my heart, and my heart has told me to stop there and call it a day, do other things,” added Rosberg who goes into retirement with 23 grand prix victories, 57 podiums and of course a world title.