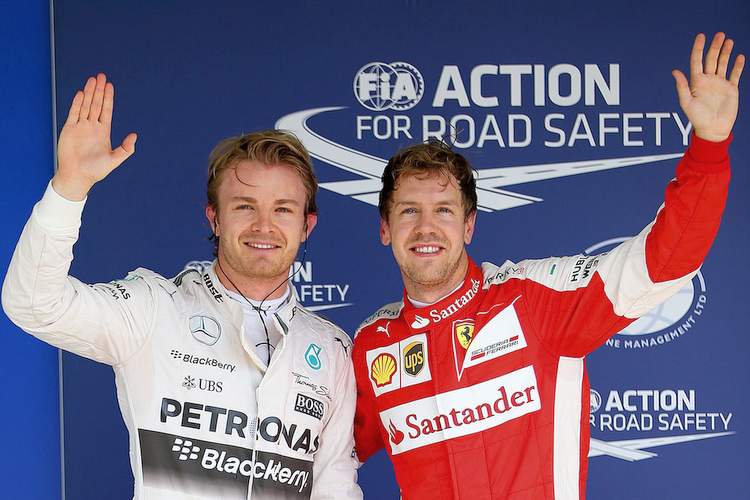 Sebastian Vettel has made clear his future is with Ferrari as Mercedes look to replace newly-retired Formula One world champion Nico Rosberg for next season.

Ferrari — the oldest, most glamorous and successful team in the sport — failed to win a race this year and Vettel’s name has been one of those mentioned in media speculation following Rosberg’s surprise decision to walk away.

Rosberg, 31 and only the third German driver after Michael Schumacher and Vettel to win the championship, announced his retirement last week.

“I think it’s not a big secret that both myself and Kimi (Raikkonen) have a contract for next year,” four times world champion Vettel told reporters at the Ferrari World Finals event in Daytona, Florida, on Sunday. “So it should be clear.

“I don’t know what is their plan,” he said of Mercedes. “But for us we look after ourselves for next year, there’s lots of things changing so we’re quite busy ourselves,” he added. “We’re very positive for next year.”

Vettel, who won his titles with Red Bull between 2010 and 2013 and is still only 29, said Rosberg’s decision was a brave one because it was easier to carry on.

“I was 23 when I won the first title so I was having a different mindset. I wanted to go out and do it again, which looking back, I can say I did. I love racing and want to continue,” he said.

Mercedes non-executive team chairman Niki Lauda said earlier on Sunday that he expected a replacement to be announced before the end of the year.

“One season in F1 is not a lot but I feel ready for the job and confident,” Wehrlein told the audience. “I’ve done most days with the 2017 tyres and I think it’s very important to have that experience.”