Rosberg: If I’d finished second I would have gone for another year 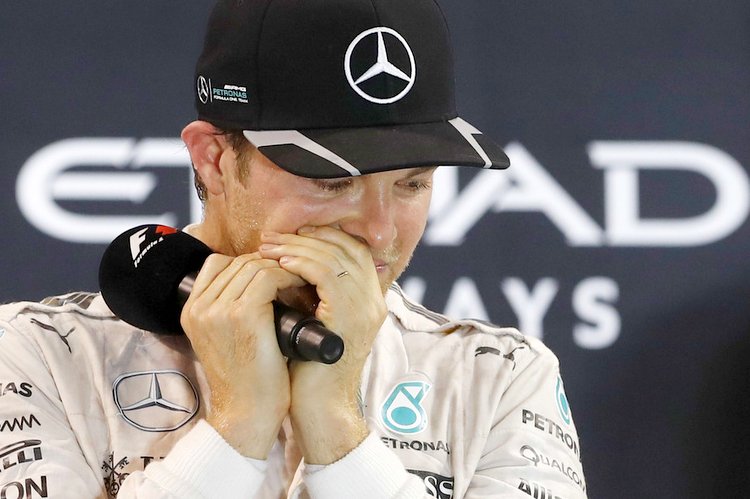 Nico Rosberg shocked the sporting world by retiring from Formula 1 a mere five days after winning the 2016 World Championship and revealed that had he not claimed the title, on the night in Abu Dhabi, he would have carriedmon until he did.

Speaking to media after receiving his F1 World Champion triphy in Vienna, Rosberg said, “I never give up, so if I’d finished second I would have gone for another year for sure. Definitely.”

“When I was six years old and started out, the dream was very clear: I wanted to become Formula 1 world champion, That’s what I pursued all along and it’s mission accomplished for me, I’ve done it. It’s a dream come true and now it’s on to other things, with family first. We’ll see what the future holds just following my heart.”

His decision was a best kept secret, only he knowing his intent to quit while his team, like the rest of the F1 world, were totally in the dark, “I knew when I won, yeah. I didn’t know if I had the courage, but here I am now and I’m very happy.”

“It was unbelievably intense and really indescribable at the last four races. That’s the moment where it was my championship to lose. The last race is mentally the toughest thing I’ve done, except for watching my wife suffer through the birth of our daughter — that was a whole other level.”

“It was the toughest thing mentally, but all the more special to come through after that and see the chequered flag and take the title. Big respect also to Lewis, of course, who was a big competitor for all these years, at an awesome level and one of the best drivers out there for sure.”

“Even that makes it that little bit more special as well that I was able to take it away from him,” added Formula 1’s 33rd World Champion.