Mercedes: We have no problem with how Lewis raced in Abu Dhabi 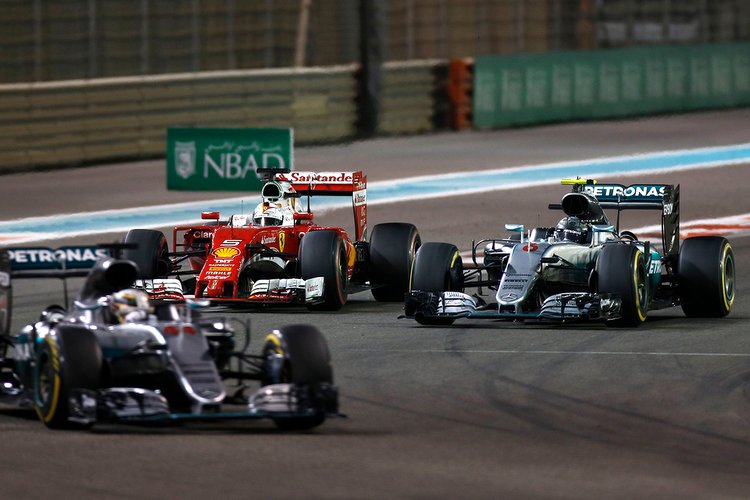 In the wake of team mate Nico Rosberg’s dramatic retirement five days after winning the title, the Austrian recognised the situation had changed.

“There is no need to say anything to Lewis,” he told the Mail on Sunday. “We have no problem about how he raced in Abu Dhabi. We have drawn a line under it.”

Hamilton had ignored orders to speed up after he deliberately slowed the race while leading in an attempt to ‘back up’ Rosberg and give others a chance to overtake.

The Briton could only win the title if Rosberg finished off the podium. In the end Hamilton won at Yas Marina for his 10th victory of the year but the German held on to finish second.

Rosberg then stunned the sport by announcing his retirement on Friday, leaving champions Mercedes with a headache.

The search for a replacement will start on Monday and Mercedes bosses have already received a rush of calls from would-be candidates.

Lauda told BBC radio on Sunday that the team hoped to fill the vacancy by the end of the year.

“He’s a huge loss…and now we have to find a better man than Nico,” he said. “We have to think about it and contact everybody and research who we are going to put in the best car in Formula One.

“By the first test in February, when the new car is ready, we certainly need a driver there. But I can assure you it will happen earlier because whoever it is, we have to train him on the simulator…I think we should have a decision before the end of the year.”

Hamilton has said he does not care who comes in but whoever it is must be able to “stand the heat”.

“We need someone with good values to come in and represent the team in a positive way, a good work ethic, consistency so we can win the constructors’ championship,” he told reporters at the FIA end of season prize-giving in Vienna.

“In terms of challenging for constructors’ titles, which is the team’s first goal, we need to make sure it’s equally as consistent as we were before.”